The Romantic Show of Guilin 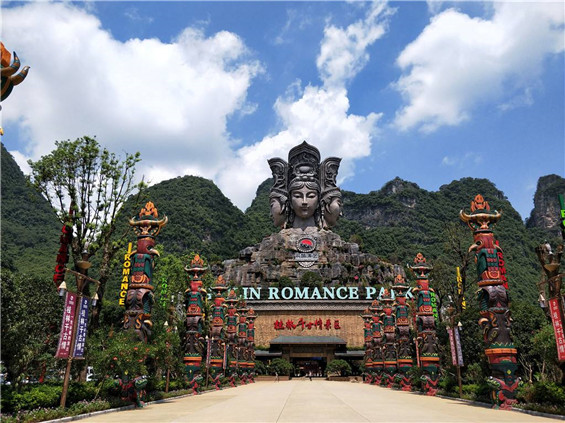 The large-scale dancing performance the Romantic Show of Guilin is a must-see show in Guilin Romance Park. It consists of five parts, i.e. Call from the Ancient Times, Singing All Around, the Time-Honored Lingqu, Jingjiang Princes' Palace, and the Love Song of Lijiang. Taking advantage of unique technique and brand-new artistic style, the Romantic Show of Guilin brings the Guilin culture of seeking for truth, goodness and beauty into everyone's sight. It becomes more and more popular among people who come to visit Guilin, just like the famous show Impression Sanjie Liu does. 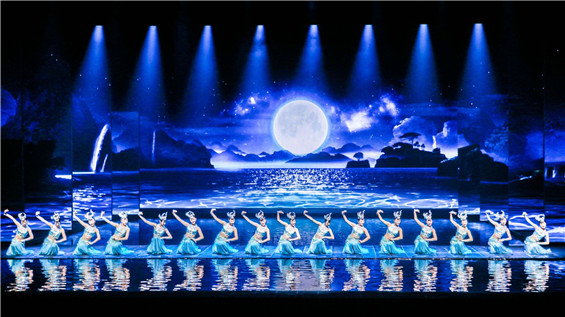 Five Parts of the Romantic Show of Guilin
- Part 1: Call from the Ancient Times
Between 30,000 and 7,000 years ago, ancient humans had been living in caves such as the Baoji Cave and the Zengpi Cave along the banks of the Li River, giving birth to a splendid prehistoric civilization. Through performance of this part you seem to have heard the call from the ancient times.

- Part 2: Singing All Around
Guilin is a multi-ethnic area, where the Zhuang, Yao, Dong, Miao, Yi and other ethnic minorities live in harmony, many beautiful songs and dances have been passed down. Every year, on the third day of the third lunar month grand singing parties are held in Guangxi Province. This part shows the gathering of ethnic minorities in Yangshuo of Guangxi on this day, expressing their longing for love and happy life with lively music and light dances. 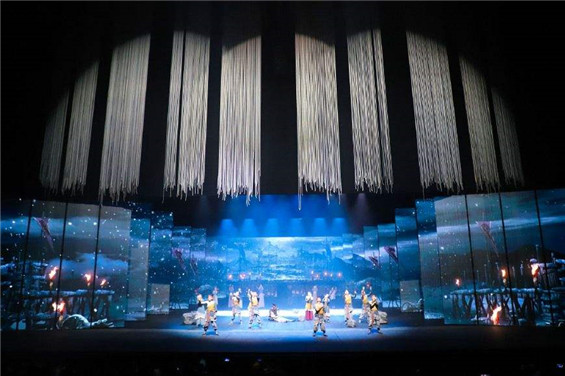 - Part 3: The Time-Honored Lingqu
In 221 BC, the First Emperor of Qin unified the Central Plain and sent his troops to the south to conquer Baiyue. In order to unify the Lingnan (south of the Five Ridges), it was necessary to get through the grain transportation channel connecting Xiangjiang River and Li River as soon as possible, thus the Emperor Qin ordered his armies to dig the Lingqu channel. Qin Ying, wife of a general, searched for her husband and came to Guilin Lingqu, only to learn that her husband had already died. A large number of soldiers who built the Lingqu channel were not acclimated to the environment and missed their hometown very much. For the unfinished task of her husband, Qin Ying stayed in Lingqu. After her hard work, rice was finally made into noodles, which greatly boosted the morale of the Qin army, and the Lingqu channel was successfully built in the end.

- Part 4: Jingjiang Princes' Palace
In 1370, in order to consolidate the rule of the Ming Dynasty, the Emperor Zhu Yuanzhang assigned Guilin to Prince of Jingjiang's governance. Under generations of Princes of Jingjiang’ governance, Guilin became an important and prosperous place in the southwest, welcoming merchants from all directions. This part mainly expresses the scene that the friendly neighbors came to congratulate on the day when Jingjiang Princes' Palace was completed. 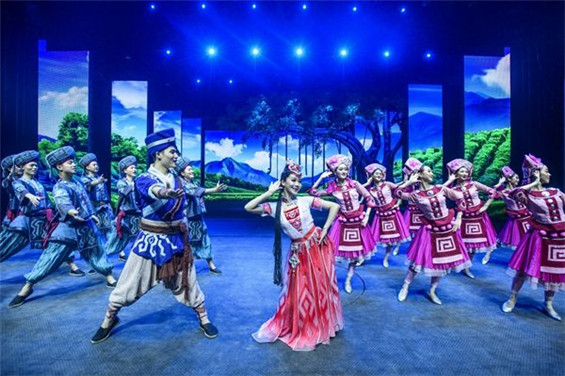 - Part 5: The Love Song of Lijiang
Yangshuo is a magical land, and the marvelous workmanship of nature created the beautiful scenery on both sides of the Li River: the breathtaking karst mountains, the mysterious Silver Cave, the beautiful Moon Hill, and the ancient Big Banyan Tree. Sanjie Liu's song still seems to echo along the Yulong River of the Ten-mile Gallery…Thousands of tourists from home and abroad come to Yangshuo, Guilin, looking for Sanjie Liu in their hearts.