Located about 9km from the county seat and 1km from the Moon Hill scenic spot, Longtan is one of the many ancient villages well protected in Yangshuo County. In the village there is a deep pool just situated in front of a hill which looks like the head of legendary dragon so the pool was called Longtan (Dragon Pond), and the area was thus called Longtan Village. 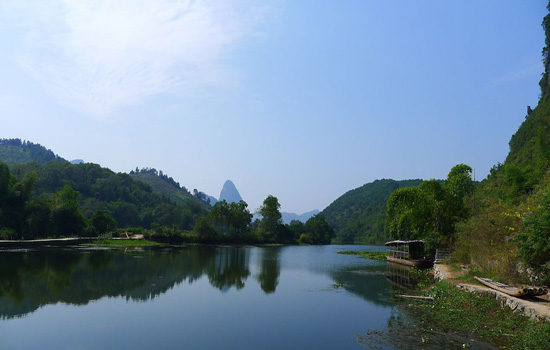 According to Yangshuo County Annals, Longtan ancient village was initially built in 1582, with over 400 years history. More than fifty ancient dwellings built in China’s Ming (1368-1644) and Qing (1644-1911) dynasties still stand in the village, covering an area of 6,000 square meters or so. These ancient houses, from which the Chinese fengshui (geomantic omen) in ancient times can be found, generally face the west of the village and take large stones as foundations. The black bricks, upturned eaves, painted rafters, lattice windows carved with flowers and birds and other elements of the ancient houses seem to tell the stories happened in these ordinary people’ homes. 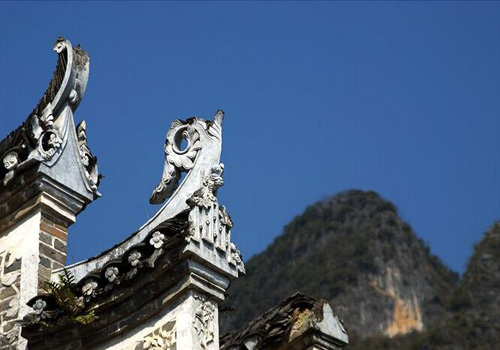 It is said that Longtan Ancient Village in Yangshuo has been the cradle of many talented people from generation to generation, information from the aged that more than thirty people in the village had been scholarly honored as chin-shih (successful candidate in the highest imperial examination) in feudal times. Locals hang horizontal inscribed boards on the doors of those ancient chin-shihs’ houses to express their respects and prides. 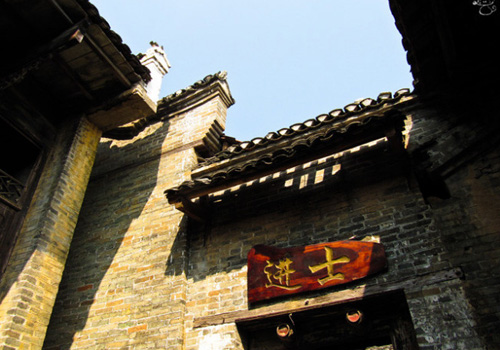 Based on the hill at back and overlooking the river, the scenery of Longtan Ancient Village is quite beautiful. What’s more, many karst caves as if the secret workings of nature in the village also attract visitors from home and abroad to explore. The ancient village is an ideal place to get away from hustle and bustle for these living in urban areas.