About Tang Music and Dance

Tang is a powerful feudal empire dynasty in Chinese history. During its reign from 618 to 907, China stepped into an unprecedented age of unity and solidarity, took the lead in Asia even in the world and impacted its neighboring countries much especially Japan in many aspects. It is under such a flourishing and peaceful circumstance that exquisite Tang imperial feast with music and dance emerged and developed. 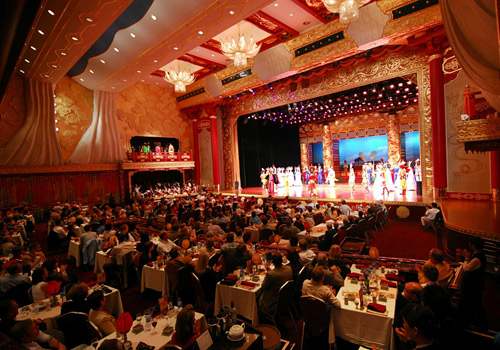 The Tang Dynasty Dinner Show is put on at the Tang Dynasty Music Palace in Xi'an, which is a large-scale theatre with characteristic catering. The whole palace has a total area of more than 11,000 square meters which allow about 1300 people to dine at a time.

The theater located on the first floor of the palace covers 2700 square meters, including an 820-square-meter stage and a dining area which allows about 650 dining seats. It has received more than 600,000 people including leaders of many countries since its opening in June of 1988. 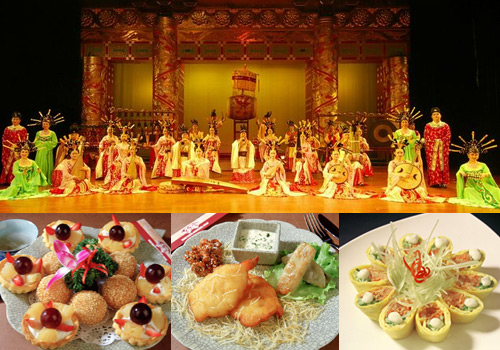 The whole performance in the Tang Dinner Show is made up of 8 parts, in which the actors and actresses are dressed in Tang costume and dance accompanied with music by a classical Chinese orchestra and ancient Chinese poems. The amazing performance and classic music by traditional musical instruments will lead the audiences back to a dreamlike imperial feast of Tang Dynasty.