Located northwest to the Big Wild Goose Pagoda, Shaanxi History Museum, or Shaanxi Provincial Museum, was completed and opened to the public in June of 1991. As the capital of 13 imperial dynasties in Chinese history, Xi'an is endowed with rich treasures in both culture and substance. Thanks to that, Shaanxi History Museum, the first large-scaled modern national museum of China, got the chance to preserve a great number of the historic and cultural relics. 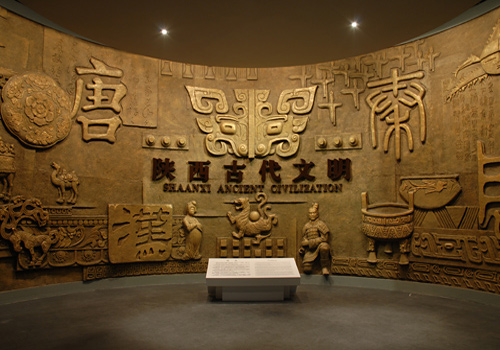 The Shaanxi History Museum is made up of an architectural complex of Tang style – white walls, dark grey tiles and pyramidal roofs – with the main building at the center and the others arranged around it. Occupying some 65,000 square meters, the museum keeps more than 370,000 pieces of historic and cultural articles, ranging from the simple stone tools used by primitive human over a million years ago, to all kinds of objects used in the 19th century.

The subject of "Ancient Civilization of Shaanxi" became the permanent exhibition of the museum since March of 2008. This 5052-square-meter area is divided into 3 halls with 7 units, telling the history and development of the province as well as its contribution to Chinese civilization. 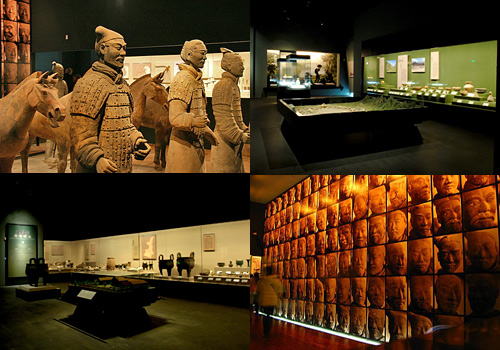 Unit 2: The Phoenix Sing on the Qishan Mountain. This unit shows the national political system, economic form, moral principles and casting techniques of bronze of Shaanxi when it was the capital of the Western Zhou Dynasty (1076BC-771BC).

Unit 3: The Oriental Empire. Abundant historic remains with the Terracotta Army and Horses being the most outstanding are displayed here, re-presenting the powerful but short-lived Qin Dynasty (221BC-206BC) ruled by Emperor Qin Shi Huang (256BC-210BC). 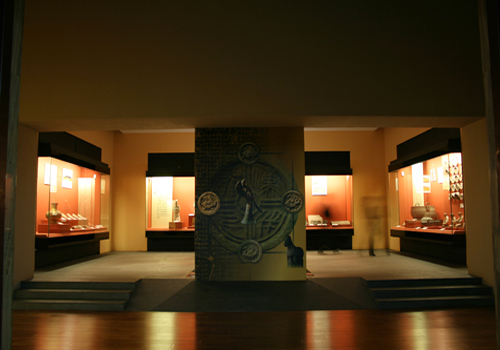 Unit 4: The Flourishing Western Han Dynasty. The look of ancient Chang'an (Xi'an) as the capital, the imperial mausoleums and the typical articles of the dynasty can be seen in this unit, including its boom in economy, culture, diplomatic communication, etc.

Unit 5: Conflict and Amalgamation. It unfolds the cultural relics and articles of the agricultural and nomadic ethnic groups of Shaanxi as well as Buddhism's spread eastwards and arts' development in ancient China. 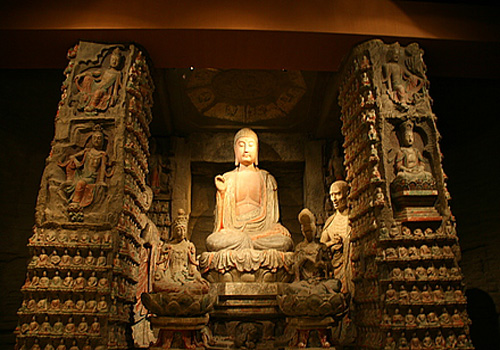 Unit 6: The Heyday of Tang Dynasty. Visitors can learn about Tang (618-907), the period of greatest prosperity in ancient China, and the international metropolitan Chang'an (Xi'an), and the Silk Road

Unit 7: Farewell to the Imperial Capital. It states how Chang'an (Xi'an) continued to develop after it lost the position as a imperial capital after Tang Dynasty.

In addition, there are over 600 pieces of historic articles which are carefully selected are exhibited in the Shaanxi Bronze Wares and Terracotta Figurines Exhibition Halls. 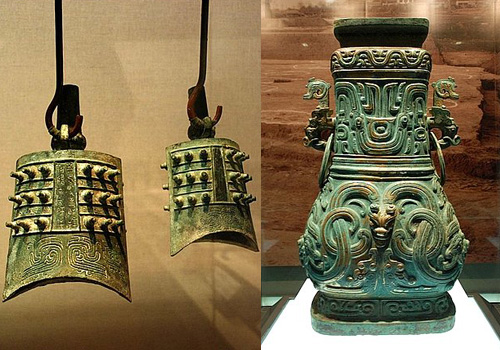 1. Bronze wares: Over 3900 pieces of thousand-year-old bronze wares containing sacrificial vessels, musical instruments, weapons, decorations of wagons, articles for daily use, and means of production are revealed in the museum. 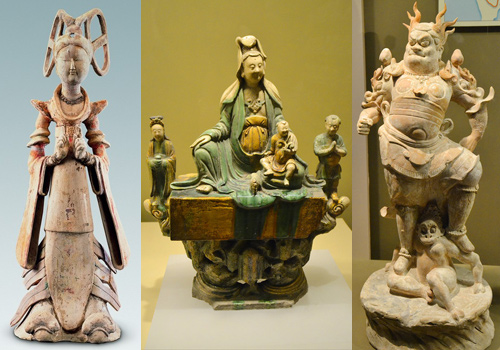 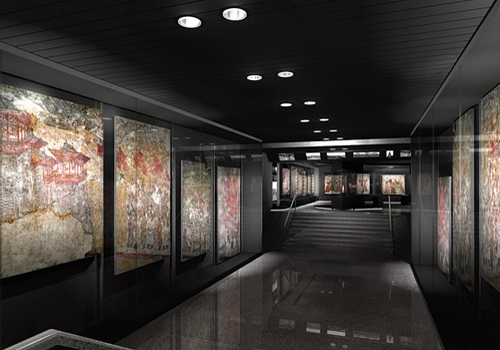 3. Hall of murals of Tang mausoleums: A modern mural exhibition hall was constructed to store the over 400 murals uncovered from 25 mausoleums of Tang Dynasty, totaling some 1000 square meters. All of the mausoleums belong to the members of the royal family and important ministers, hence the murals is of great richness and gorgeousness. The genuines are exhibited to visitors on some time weekly.

4. Building materials: The ancient building materials involve figuline tiles, eaves tiles, bricks, water channels, carved stone, metal materials, and so on, with the oldest traced back to 3000 years ago.

5. Bronze mirror of Han and Tang: Visitors can see more than 800 exquisite ancient Chinese bronze mirrors made in two of the most prosperous Chinese dynasties. 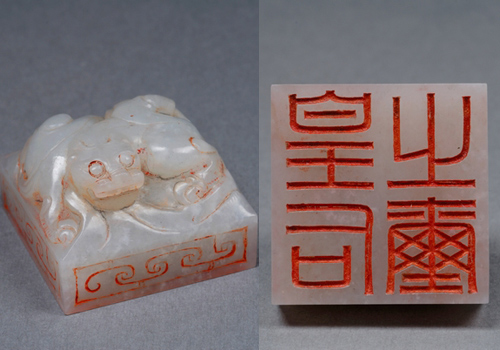 7. Currencies: There are various ancient Chinese currencies, 10,000 registered ones and 50,000 unregistered ones, 7000 kilograms in total, including the old shells, knife-shaped metal coins, foreign coins, etc.