Some 40 km away from Xi'an, the Maoling Mausoleum Museum is a landscape-style museum displaying the dynastic history of the Western Han Dynasty (206BC-24AD) of China in all dimensions. Located in the front of the mausoleum of General Huo Qubing, the museum has now 2 cultural artifacts exhibition rooms, 1 hall telling the story of Emperor Hanwudi, and 6 bungalows for carved stones. 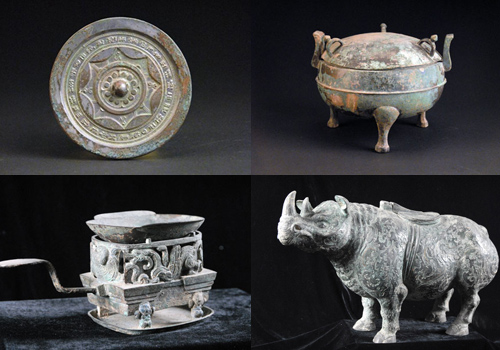 Being the first administrative institution devoting itself to protecting the cultural relics of the dynasty, the museum is famous for the mausoleums of Emperor Hanwudi and General Huo Qubing, the large-sized stone sculptures of animals, and rich and precious genuine exhibits.

Emperor Hanwudi, named Liu Che (刘彻, 156BC-87BC), is the fifth monarch of the Western Han Dynasty. As one of the greatest emperors in Chinese history, he made great efforts in reforming and unifying the country, which boosted the dynasty to its most prosperous age. It was in his reign that the way leading to the West Regions, which is known as "Silk Road" by the world today, was opened up. 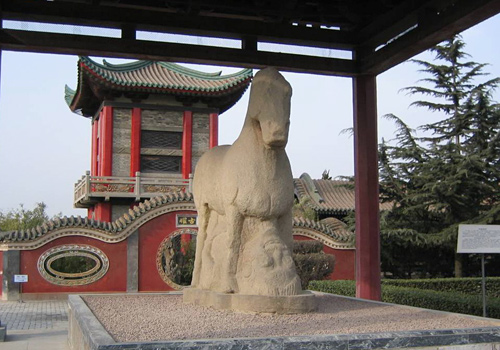 General Huo Qubing (霍去病, 140BC-117BC) is the most outstanding military officer of Emperor Hanwudi. He commenced to guide the army to fight against the Xiongnu ethnic minority for six times at the age of 18 and won complete victory every time, but untimely such a valiant general die of illness when he was only 24. To memorize his battle achievement, Hanwudi ordered to build a tomb in the shape of Mount Qilian for him in the Maoling Mausoleum area, with all kinds of huge stone sculptures guarding around.

The Maoling Mausoleum is the graveyard of Emperor Hanwudi as well as the largest one among all of that of the Western Han Dynasty. According to historic data, the construction of the mausoleum started from 139 BC on the second year the emperor ascended the throne and lasted for 53 years, during which more than 3000 craftsmen and maestros were convened to work for it. The huge project is recorded to have cost one third of the total national taxes of the time. Due to its location in the Mao Township of the dynasty, the mausoleum was named after the place, namely, Mao Mausoleum (or Maoling in Chinese Pinyin). 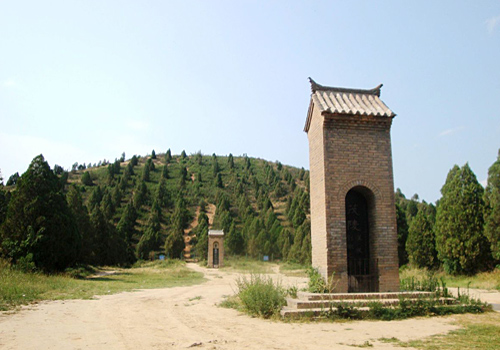 The whole cemetery of Maoling Mausoleum is a square some 240 meters on the side and the remain of the burial mound looks like a 46.5-meter-high funnel headstanding there. Around are the subordinate tombs where the emperor's queen, several meritorious generals and ministers were buried after their death. It is said that a large amount of priceless treasures such as jade graveclothes sewn with gold threads were buried in the mausoleum so that the emperor could still live in luxury in another world. Therefore, the mausoleum is called "the Pyramid of China".

In a bid to protect and take good care of the graveyard, halls and dwelling houses were built in the cemetery and about 5000 guards and maids were sent to live there. What is more, a county town was developed southeast of the mausoleum and many ministers and the rich moved there, which brought a maximum population as many as 277,000 in history.

In consideration of protection, the mausoleum is still not excavated to this day on a large scale.