Aydingkol Lake is an amazing river which truly lives up to its name--- the name "Aydingkol Lake" means "Moonlight Lake" in the Uighur language. The layer of white salt circles the lake and exudes a scene of mysterious moonlight. This is where the name "Moonlight" derives from. 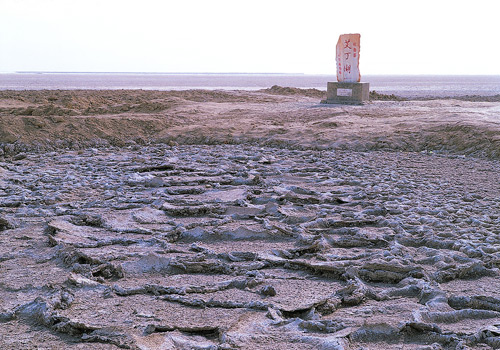 Occupying an area of 18,000 square kilometers, it is 40 kilometers from east to west and 8 kilometers from south to north. The water is primarily originated from groundwater, such as springs in Flaming Mountains (火焰山), well water in Kaner Well (坎儿井). The water level varies in different season. In the summer, irrigated land has increasing water demand for farming, which results in low water level in the lake, while the less demand of irrigation lead to a higher water level during the winter. The range of variation for water level is approximately 45 centimeters in the year. With a water depth of about 0.8 meters, the degree of salinity is high to 210 grams per liter because of the strong evaporation by intense sunshine. The lake is now totally dried in its south part and a vast of pellicular salt remains. The magic natural landscape of Aydingkol Lake becomes one of the most popular international travel destinations and one of China's must see destinations and draw more than thousands of visitors annually.

According to various researches and studies, Aydingkol Lake of Xinjiang Uyghur Autonomous Region has been developed as an inland lake about 20,000 years ago. As the result of Himalayan orogeny, it was formed to a vast freshwater lake with more than 50,000 square kilometers millions of years ago. But nowadays, this lake with a huge silver salt area is drying and struggling. Fish or birds are never seen in the lake except some living creatures such as insects, hares and mice. What is more, people even may be puzzled by the mirage and salt marshes around the lake once in a while because of the extreme heat here. Owing to the unique location and typical desert landscape, many visitors and explorers, Chinese and foreign, all flock to for sightseeing, shooting or doing researches each year. 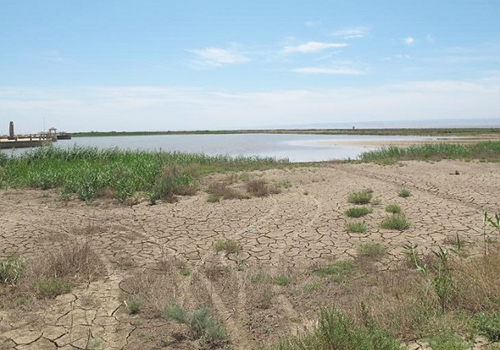 Aydingkol Lake is made up of three sections: lacustrine plain on the outer, salitrol in the center and silt on the bottom. With a width of 0.5-1 kilometers, lacustrine plain formed its unique and hard salt layer in the outer circle because of the intense evaporation. In the center, the lake is glistering with crystal and pure silver salt. The estimated recoverable reserves of salt amounted to 300 million tons in Aydingkol Lake, which serves as an ideal industrial raw material base and offers inexhaustible salt supply. As one of the hottest and driest areas in the world, annual precipitation in Aydingkol Lake is less than 20 millimeters. The evaporation is thousands of times greater than precipitation. The annual average temperature here is 14 degree Celsius. The extreme high temperature rises to 45 degree Celsius and the surface temperature is more than 80 degree Celsius. It is said that 50.2 degree Celsius was observed by automatic weather station in Aydingkol Lake region on July 14th, 2011, which has reached a new high temperature in China.

Being covered by saline meadows and desert steppe, the lake shrinks to 1/7 of original area without any favored protection. With the purpose of protecting the environment, an environment control station has been set up in northwest of Aydingkol Lake in Turpan by Chinese Academy of Science. Scientists have made a lot of surveys and studies in this region and the ecological environment is improved gradually. Wetland water birds are rarely seen here in summer. However, in spring, visitors can see some migratory waterfowls pass here such as moorhen, Fulica atra or himantopus. The anatine are often bogged salt marshes around the lake and the place becomes their burial ground. Aydingkol Lake evolves into one of the best sight-seeing spots in recent years. The specific geographical location and heat resources draw the attention of scholars and tourists both at home and abroad.