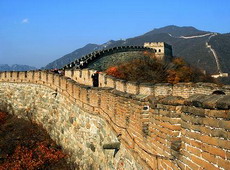 After experiencing the royal lifestyle, today we will be transferred to the surrounding countryside of Beijing and visit the Mutianyu Great Wall, the pride of China and one of the Seven Wonders of the World. Whereas Genghis Khan contemplated it as a military obstacle, Richard Nixon described it as one of humankind's greatest achievements. You will be able to climb and walk on the sections of the 2,000 years old ancient wall, admiring the splendid mountain views. Bring a jacket and layer- although it is breezy, the climbing is tough. So be in a good shape! 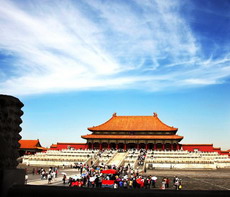 In the morning, we will visit the Summer Palace. Equally famous as the Forbidden City, the Summer Palace is called 'Yiheyuan' (Garden of Nurtured Harmony) in Chinese. Until nowadays, it is the best preserved and the largest imperial garden in China. You will regret it if you leave Beijing without having visited this grand imperial garden.

Then visit the Shaanxi Provincial Museum. It is a magnificent architectural complex in the Tang Dynasty style. The Museum possesses a treasure of 113,000 historic and cultural artifacts unearthed in Shaanxi, and it covers an area of 1,100 square meters for exhibition. 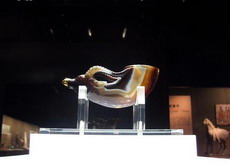 Transfer via: Flight on our arrangement Sightseeing: Yumenguang Pass, Great Wall of the Han Dynasty.

This morning, you will be transferred to airprot to take flight to Dunhuang. Arrive in Dunhuang, your local guide will greet you and then accompany you to hotel. 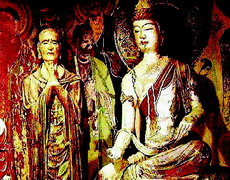 After breakfast, you will head for the Mogao Grottoes for a visit: Constructed over a millennium, from the 4th to the 14th centuries, the caves hold the world's richest treasure house of Buddhist sutras, murals and sculptures

Later we continue to visit the Echoing Sand Dune and Crescent Lake. The Echoing-Sand Dune are famous for the sounds the wind makes when blowing over the dunes. Also, the sand is said to be rather noisy when tread upon. The Spring's name derives from the crescent moon shape the small pool of spring water has taken between two large sand dunes. Although the area is very dry, the pool doesn't dry up as one might expect. And this is a resort of Taoism for local people.

After tour, you will be transferred to the train station to take overnight train to Turpan.

Early morning arrive in Turpan, be met and transferred to your hotel in Turpan. After a short rest, start the city tour to s explore the Jiaohe Ruins, the remains of an ancient walled capital of the Uighur with its large monastery and palace. It is probably the same size as Gaochang but better preserved. UNESCO has contributed to its preservation. The dry weather has helped city preserve its cityscape. It is a life-sized model of a Tang Dynasty city.

Move on to visit Ancient Karez system.The entire Turpan region has for 2000 years relied upon the Karez underground irrigation system for sustenance; There is currently one karez well site open for exhibition. It is complete with a museum of displays and pictures. It is a good way to get an understanding of how the tunnels were dug.

Then we will proceed to visit Grape Valley. Lying at the base of the western end of Flaming Mountains, Grape Valley is a unique world of vineyards and fruit trees. you can sit in the shades and sip the local wines to kill a brutally hot afternoon. 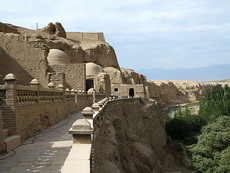 Today you will visit to The Astana Tomb, which is located in the Gobi Desert and 6km from the Gaochang Ancient City. Astana means capital in Uygur. Covering an area of 10 square kilometers, the tombs were the public cemetery of the ancient Gaochang residents, both aristocrats and commoners.

Passing by Flaming Mountain to Visit the Bezkelik Thousand Buddha Caves, Once an important Buddhist site with many caves covered with brightly painted murals, Bezeklik means "place of paintings" in Uighur. The caves were hewn into the cliffside, and large murals, Monks used to live inside the caves and the frescoes here clearly represent the life work of generations of devotees. Unfortunately, this place was damaged by the locals who converted to Islam in the 10th century and looted by the western archaeologists in the early 20th century.

Today’s ctiy tour include Idkah Mosque. It is the largest mosque in China. Every Friday, it houses nearly 10,000 worshippers and may accommodate up to 20,000.

Then we will visit the Abakh Khoja Tomb, which is also known as the Tomb of Xiang Fei (Fragrant Lady) in China. Situating 5 kilometers (3.1 miles) northeast of Kashgar City, Abakh Khoja Tomb is an ancient Islamic building, where five generations of a famous Islamic master were buried. It is also commonly known as the tomb of Xiangfei, the only Uygur concubine of Emperor Qianlong in Qing Dynasty (1644-1911).,

Later, we will go to Sunday Bazzar. There is a bazaar everyday in Kashgar, but the one on Sunday is the liveliest, as the whole community gets together. The Bazzar in Kashgar is a social and commercial highlight of the week in Western Xinjiang. In the bazaar you can find different kinds of goods: ironware, silverware, fruit, clothes, local food, livestock, etc. Traders are buying and selling one week's stock of cows, sheep, goats and horses. The process of bargaining is fantastic.

Finally, we will have a visit to The old twon of Kashgar, contains a large group of Uygur residential houses. The Old Town city is now home to 630 homes with more than 2450 people, all of whom are Muslims. 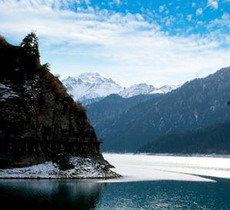 Transfer via: Flight –on our arrangement Sightseeing: Heavenly Mountain

After lunch, you will head to visit the Heavenly Mountain (Tianchi); it is surrounded by green pastures and pristine conifer forests. Snowy Alp-like peaks soar to great heights and enclose the lake. Take a boat ride on Heavenly Lake and escape into a peaceful, dream-like world.

Transferred back to the city of Urumqi.

Today you will explore the Nanshan Pasture. The Nanshan Pasture is located in Kelawucheng Mountain, a branch of north Heavenly Mountain. Moreover, there are numerous valleys in the pasture. It is cool here in the summer, and is a good place to get away from the heat. You can ride a horse or a camel running through the valleys, walk across the woods picking mushrooms and enjoying the magical wild flowers, you also can climb up the mountain to overlook.

Then continue to visit the Terai Camp to experience the Kazak nomadic life and taste delicious Xinjiang Cruise – milk tea and mutton.

In the afternoon, move to Xinjiang Autonomous Region Museum with exhibits of local arts and crafts. The building occupies a space of 11,000 square meters and is built in a modern style enhanced by local architectural features. The central dome is thirty meters high and from its height one can view the entire city of Urumchi. 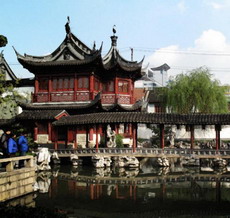 Transfer via: Flight – on our arrangement Sightseeing: Nanjing Road, the Bund, Yuyuan Garden

After breakfast, you will be transferred to airport and take flight to Shanghai. Upon arrival, your guide will greet you at airport and then transfer you to your hotel in Shanghai. Check in the hotel and have a rest, then we will take a relaxing tour to the lovely Yuyuan Garden, a beautiful garden in the south of the Yangtze River. Wandering through it, you will find pavilions, corridors, streams, courtyards as well as many other natural features.

Then we will take a walk to the famous Nanjing Road and the Bund. They are among the most recognizable architectural symbols of Shanghai and therefore a must-see when visiting Shanghai.

Today you will visit Shanghai Museum which is the biggest museum of China. It incorporates a collection of over 120,000 pieces of Chinese art & cultural relics and is especially famous for its treasures of bronzes, ceramics, paintings and calligraphy. After lunch, we will visit the Oriental Pearl Tower, the highest TV Tower in Asia, which creates a picture of 'twin dragons playing with pearls'. The entire scene is a photographic jewel that excites the imagination and attracts thousands of visitors all year-round.