You will be greeted by our local guide upon your arrival and then be transferred to your hotel by a private air-conditioned car. Then you will spend the rest of day on your leisure. 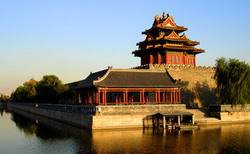 From here we walk across the Golden River Bridge to visit the Forbidden City and experience ancient Emperor's daily life. For 5 centuries Chinese emperors carried out their administration here. With almost 10,000 rooms, this was the centre of the Ming and Qing dynasties, a massive complex of palaces, pavilions, courtyards and gardens where 24 emperors used to live. Forbidden City was the largest palace in the world, and it was indeed a forbidden place limited to commoners for 500 year in the past. Your tour here will include private access to the Emperor's palace. 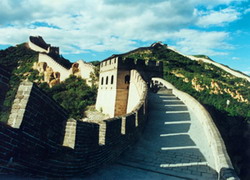 This afternoon we will visit the legendary Ming Tombs, The Ming Tombs are situated at the foot of Heavenly Longevity Mountain, northwest of Beijing. Since there are 13Ming emperors buried there, there are also called the 13 Ming Tombs. Passing though the Sacred Way, a road guarded on both sides with stone statues by which the ancient emperors went to hold a memorial ceremony for the ancestors, you will encounter the marble tombs of the Ming Dynasty emperors.

Transfer via: Flight on our arrangementSightseeing: Hutongs, Summer Palace

We experience an unique Hutong Tour by taking rickshaw this morning. Hutongs are a kind of ancient city alley or lane that is typical in Beijing. Most of them are found around the Forbidden City, and many were built during the three dynasties of Yuan, Ming and Qing. Today, the Hutong is a living museum of Beijing history showing the traditional lifestyle of Beijing people.

We continue to visit the Summer Palace. Equally famous as the Forbidden City, the Summer Palace is called 'Yiheyuan' (Garden of Nurtured Harmony) in Chinese. It is up to now the best preserved and the largest imperial gardens in China. You may regret it if you come to Beijing without visiting this grand imperial garden. Then take the flight for Xian later. Arrive in Xian, you will be met and transferred to hotel by our local guide. 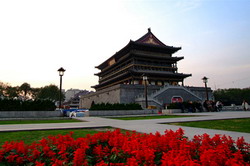 Today will be your highlights in Xian. Depart from your hotel after breakfast. You will visit the amazing 2000-year-old Terra-cotta Warriors and Horses. Regarded as the 8th Wonder of the World, the Terra-cotta Warriors and Horses are the most significant archeological excavations of the 20th century. Over 2,200 years ago, the first emperor of China, Qin Shi Huang in search of immortality, ordered the construction of a vast army of Terra-cotta warriors and buried with him to protect his empire after his early death.

Another highlight today is the Big Wild Goose Pagoda. Situated at south of the Xian city, as one of the main constructions in the famous Buddhist temple-Da-Ci-En Temple, where Famous Buddhist Master Xuanzang (Monk Tripitaka) stored his well-preserved collection of classic Buddhist artifacts brought from India in Tang Dynasty. Now it is the Landmark of the Xian.

In the morning we will visit Ancient City Wall. You will experience a half-hour's hike along the Ancient City Wall.It is the largest and best preserved present city wall in ancient China and is probably the best military battlement in the world. You can walk or rend a bike for a ride along the top of the spectacular city wall. The wall was built in the Tang dynasty (618 -907) and enlarged in the Ming dynasty (1368-1644).

Then take the flight for Guilin. Arrive in Guilin, be met and transferred to hotel by our local guide. In the afternoon we visit Reed Flute Cave, which is a vast and very impressive cave system, are two of the best attractions in the city. Known as "the Palace of Natural Arts" where you can see beautiful stalactites & stalagmites, learn how they are formed. 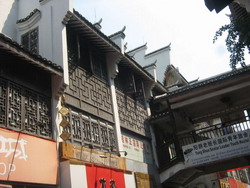 Guilin is famous for its picturesque scenery, and the best way to see it is from the deck of Li River Cruise ships. Depart from your hotel in the morning. Be transferred to the Zhujiang Pier (about 1 hour drive) for a 4.5 hours wonderful cruise. You will enjoy the unique mountains, peaceful green fields, farms and villages with water buffalos, cows wondering around on both sides of the river bank. Disembark at the old town Yangshuo in the afternoon. West Street is the oldest street in Yangshuo with a history of more than 1,400 years. You can have a short exploration to the old town’s lovely attractions. In the evening you will be transferred back to Guilin city.

This morning we begin with visiting the Fubo Hill. You can see lots of rock stone carvings & Buddha statues since Tang Dynasty. Have a wonderful bird's-eye view of Guilin city if you climb to the summit. We continue to visit the Elephant Trunk Hill (which really does look like an elephant drinking from the river). Located at the conjunction of the Li River & the Peach Blossom River, the whole hill looks very much like a giant elephant with a long trunk, it is the symbol of Guilin city. Then you will take the flight for Shanghai. Arrive in Shanghai, be met and transferred to hotel by our local guide. Take a walk to the famous Nanjing Road and the Bund. It is one of the most recognizable architectural symbols of Shanghai. It is a must-see when visiting Shanghai. 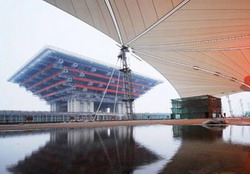 After breakfast, you will be transfer to Shanghai World Expo venue, visit the Shanghai World Expo Site and pay visit to different pavilions at your interests. In the afternoon, be met and transferred back to hotel (Standard Day Single Day Admission Ticket)

Today we will start the day with a visit of Shanghai Museum: The biggest museum in China, with a collection of over 120,000 pieces of Chinese art & cultural relics. It is especially famous for its treasures of bronzes, ceramics, paintings and calligraphy.

Then we head to the Jade Buddha Temple, the old-time and classical architectural style makes the temple unique and inimitable in this modern city. Both the Sitting Buddha and the Recumbent Buddha are carved with whole white jade. If you're lucky, you can watch the monks serving a ceremony in a side room.

After lunch, we will visit the Oriental Pearl Tower: the highest TV Tower in Asia, creating a picture of 'twin dragons playing with pearls'. The entire scene is a photographic jewel that excites the imagination and attracts thousands of visitors year-round.

Then we take a relaxing walk to the lovely Yuyuan Garden, the most beautiful garden by the south of the Yangtze River. Wandering in the garden, you will find pavilions, corridors, streams, courtyards as well as many other natural features.

Your time is your own, until our guide escorts you to the airport for your flight to your next destination.