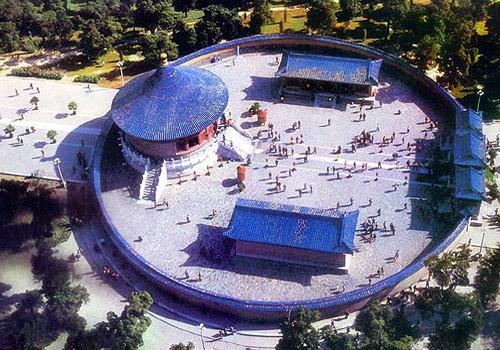 Sightseeing: Temple of Heaven, Tiananmen Square, Forbidden City
World Heritages Sites included Today: Temple of Heaven, Forbidden City
This morning our tour will begin with a visit of the Temple of Heaven, which was completed in 1420, and expanded over the years by two Qing Dynasty Emperors. It was the place where the Emperor came every winter solstice to worship heaven and to solemnly pray for a good harvest. With the three blue-tiled cone-shaped roofs, a unique wooden and blue-tiled structure built without a nail, it has become a worldwide symbol of Beijing. 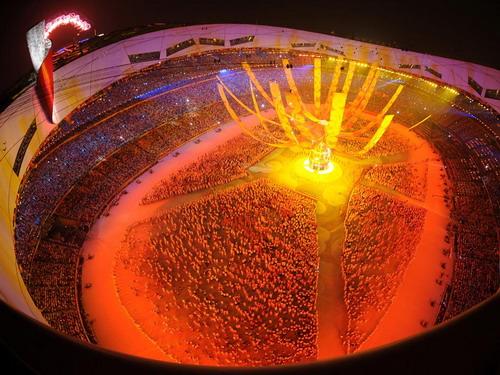 Today we will visit the Mutianyu Great Wall, the pride of China and one of the Seven Wonders of the World. Whereas Genghis Khan contemplated it as a military obstacle, Richard Nixon described it as one of humankind's greatest achievements. You will be able to climb and walk on the sections of the 2,000 years old ancient wall, admiring the splendid mountain views. Bring a jacket and layer- although it is breezy, the climbing is tough. So be in a good shape!

On the way back to hotel, you will be driven to visit the main 2008 Beijing Olympic venues, take an exterior visit of both the, Beijing National Stadium (Bird's Nest/Olympic Stadium), National Swimming Centre('The Water Cube'), enjoy the beautiful night scene and feel free to take some photos of the stadiums. 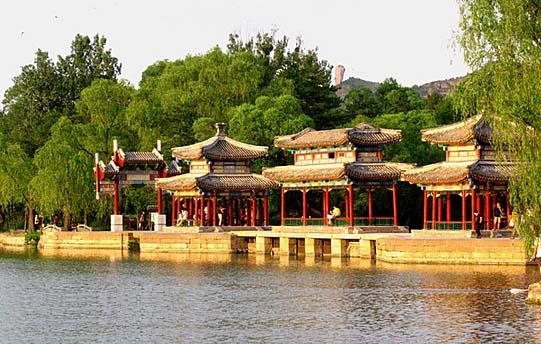 Take express train to Chengde. Uopn your arrival, you will be met and transferred to the hotel, then visit the famous Imperial Summer Villa (Bishu shanzhuang) & Mountain Resort and Outlying Temples - one of China's ten leading scenic spots and the world's extant largest imperial garden where emperors of the Qing Dynasty (1644 -1911) used to come in summer to escape heat and engaged in political activities, the resort is also known as the "Ligong of Chengde" or temporary palace away from the capital. Built in the years between 1703 and 1790 and located in a hill-encircled basin, it covers an area of 5.64 million square meters and boasts 120 groups of building, including terraces, pavilions and towers characteristics of gardening architecture. Seventy-two scenic spots bear inscriptions by Emperors Kangxi and Qianlong. The gardens are full of natural interest, blending the cream of ancient gardening art of both the north and south of China. In December 1994 the Mountain Resort was listed by UNESCO in its World Heritage. 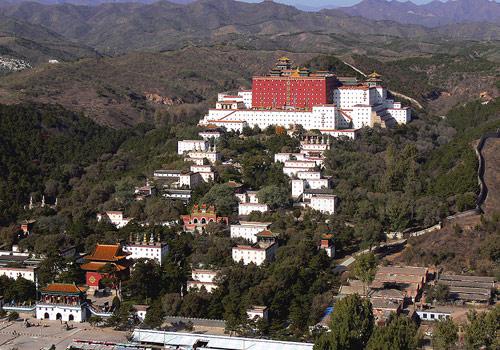 Today you will visit Putuo Zongcheng Temple. It is reminiscent of the Dala Lama’s Potala Palace in Tibet. It is considered as a great place to go if you cannot travel to Tibet. The temple was built to show the imperial family's respect for the minority groups and their beliefs. The temple is a marvelous sight with red walls that contrast against the green mountain backdrop. The top of the temple complex has a commanding view of the Chengde Summer Palace Resort., the temple is also named 'little Potala Palace'. Then you will also pay a visit to Puning temple, also called Big Buddha Temple, has the world's largest wooden Buddha. This Buddha has thousands of hands and eyes. It is 22 meters high and 15 meters wide. The temple was built to commemorate Emperor Qianlong's victory over the Mongolian rebellion. The front of the temple was built in traditional Chinese style, but the temple complex features both Han and Tibetan style buildings. The temple has drum and bell towers, numerous pavilions and halls. It is still in use today. 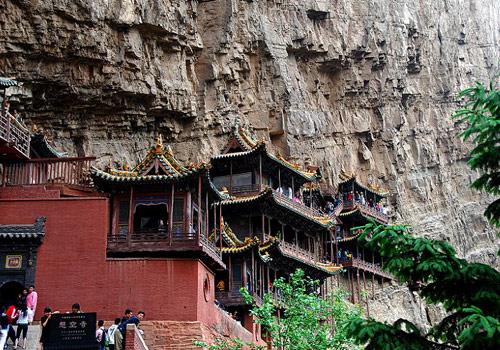 Sightseeing: Yungang Grottoes, Hanging Monastery Today we will start with the Yungang Grottoes. With their 252 caves and 51,000 statues, the grottoes represent the outstanding achievement of Buddhist caveart in China in the 5th and 6th century. The Five Caves have been created by Tan Yao, with a strict unity of layout and design; they constitute a classical masterpiece of the first peak of Chinese Buddhist art. The three main sites in China that are famous for their stone sculpture are Dunhuang, Longmen and Yungang. Among these, the Yungang grottoes are considered first. 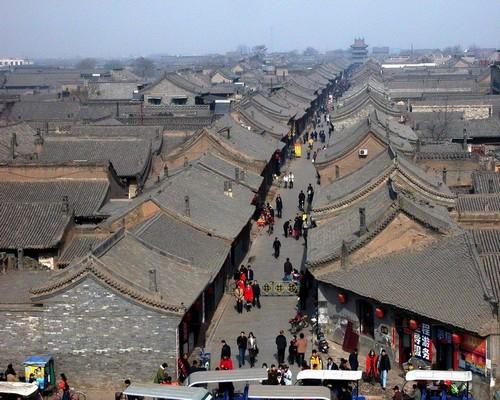 Transfer via: Express train on our arrangement 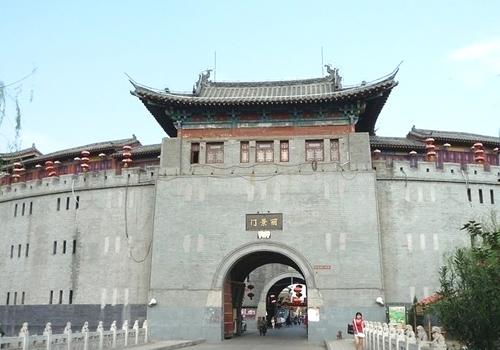 After breakfast, you will enjoy visiting the Pingyao Ancient Town. (including Ancient City Wall and Armed Escort Company Museum.) In the middle of Shanxi Province, this is the best-preserved of the four ancient towns in China. Inside the intact Ming Dynasty city wall this traditional town, whose buildings date from the Ming and Qing Dynasties, is exceptionally well-preserved, and just as it was centuries ago. Bikes can be rented for about 10 yuan/hour. You can also learn the traditional Chinese art of paper-cut, producing beautiful shapes and designs from paper in the Wentao Paper-cut shop, and lean how lacquerwork is done in Yonglong Shop.

Transfer via: Fast train on our arrangement

Be transferred to take the train to Xi'an in the morning. Upon arrival in Xi'an, be met and escorted to the hotel. 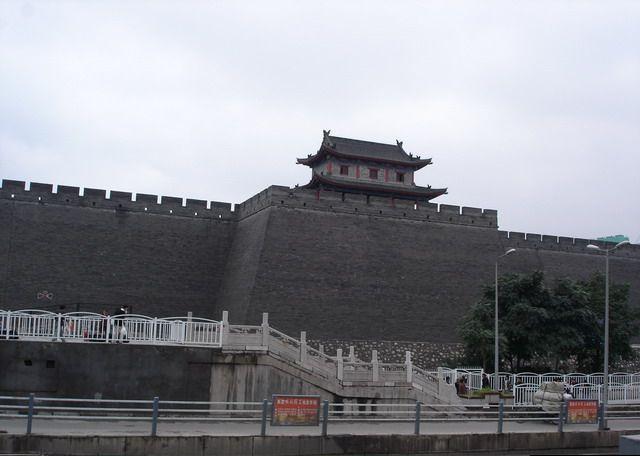 In the morning, you will be met at train station, transferred to hotel, then visit Ancient City Wall. You will experience a half-hour's hike along the Ancient City Wall. It is the largest and best preserved present city wall in ancient China and is probably the best military battlement in the world. If you want to, you can rent a bicycle for a ride on top of the spectacular city wall. The wall was built in the Tang dynasty (618 -907) and enlarged in the Ming dynasty (1368-1644).

And we will move on to visit the Shaanxi History Museum. It is a magnificent architectural complex in the Tang Dynasty style. The Museum possesses a treasure of 113,000 historic and cultural artifacts unearthed in Shaanxi, and it covers an area of 1,100 square meters for exhibition.

Also, we will visit Muslim Street, a famous "snack street" located in the city center with various mouthwatering halal foods and typical Xi’an snacks operated by Muslims. Being a favorite haunt for locals, the street is also a fantastic place to explore dazzling souvenirs as well as the most authentic life of Xi'an people.

At last, you will go on to visit the Bell Tower, which is the best-preserved and best-known one among many. The Bell Tower was built in 1384. In early mornings of ancient times it had the mission of ringing the bell and giving the correct time to the whole city, hence called "The Bell Tower". With magnificent carved beams and painted rafters, this classical building is truly elegant. 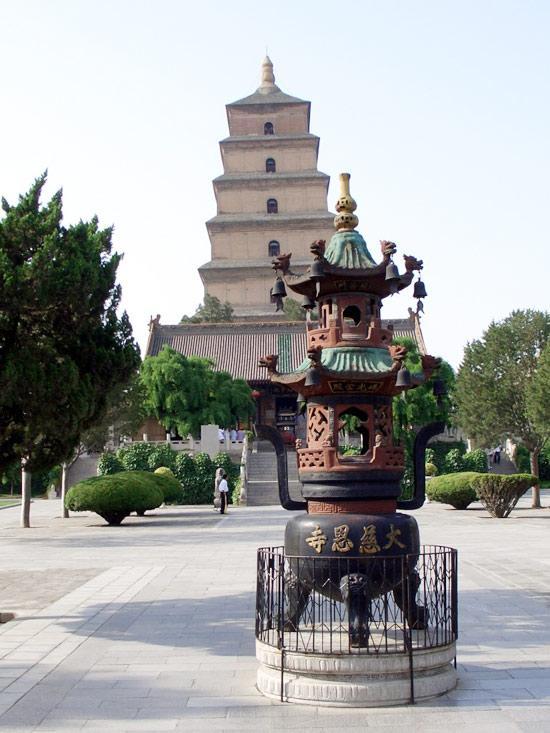 Today you will experience the highlights of Xi’an. After breakfast, you will depart  your hotel. You will visit the amazing 2000-year-old Terra-cotta Warriors and Horses. Regarded as the 8th Wonder of the World, the Terra-cotta Warriors and Horses are the most significant archeological excavations of the 20th century. Over 2,200 years ago, the first emperor of China, Qin Shi Huang, ordered the construction of a vast army of Terra-cotta warriors in search of immortality. After his early death they were buried with him to protect his empire.

Transfer Via: High-speed railway on our arrangement
Sightseeing:  Kung Fu show of the Shaolin Monastery

In the morning, be transferred to the train station to take a high-speed train to Luoyang. Arrive in Luoyang be met and escorted to the hotel. Then you will be guided to enjoy Kung Fu show of the Shaolin Monastery. 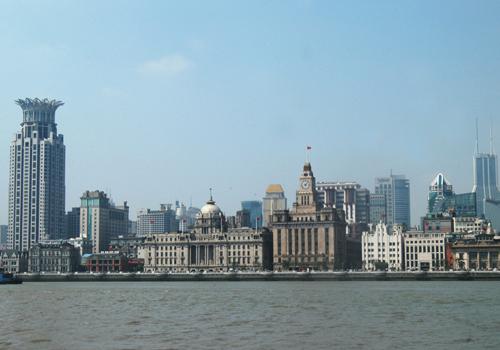 Transfer via: Flight on our arrangement
Sightseeing: Nanjing Road, The Bund.

After breakfast, you will be transferred to the airport to take the flight to Shanghai. There, you will be met by our local guide and transferred to your Hotel. Take a walk to the famous Nanjing Road and the Bund. They are among the most recognizable architectural symbols of Shanghai and therefore a must-see when visiting Shanghai. 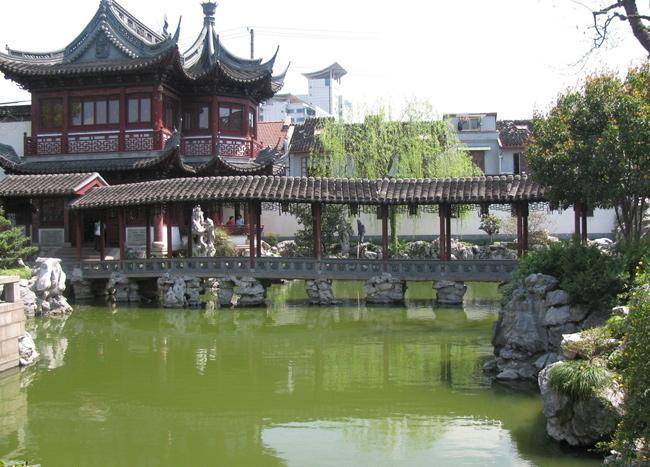 
Today we will start with a visit of the lovely Yuyuan Garden, a beautiful garden in the south of the Yangtze River. Wandering through it, you will find pavilions, corridors, streams, courtyards as well as many other natural features.

Later, we will take a relaxing walk to Shanghai Old Street, a key trading site for small wares and foreign trade; it is the life styles of Old Shanghai and has witnessed the development of the city in both economy and society.

At last, we will visit the Oriental Pearl Tower, the highest TV Tower in Asia, which creates a picture of twin dragons playing with pearls'. The entire scene is a photographic jewel that excites the imagination and attracts thousands of visitors all year-round.