Introduction to Master of the Nets Garden

As one of the four famous gardens in Suzhou City, the Garden of Master-of-the-Net is the one with most artistic features and cultural values. It is a typical private garden composed by residence and gardening. With the designers’ adept skills in synthesizing of art, nature and architecture, the Master of the Nets Garden is particularly celebrated for its techniques of relative dimension, strong contrast, exquisite architecture, skilled layout and profound cultural connotation. Listed as the protected cultural site under the province in 1963 and under the state in 1982, the garden was recognized as a World Heritage Site in 1997. 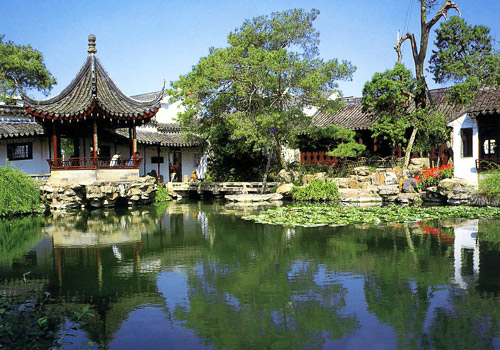 A Brief History around the Garden of Master-of-the-Net

The Master of the Nets Garden was originally built in 1174 during Southern Song Dynasty (1127-1279) by a senior official; and it named as Yu Yin (渔隐, Seclusion of fisherman) because the founder was inspired by the simple and solitary life as a retired fisherman. Afterwards, the garden has undergone numerous ownerships, but fortunately most of the owners are refined scholars who added not only delicate constructions and plants but also the literal inscriptions and cultural atmosphere to the garden. It is in 1785 when the garden was taken over by Song Zongyuan, a retired official of Qing Dynasty (1644-1911), who redesigned the garden with retained spirits and renamed the garden the Master of the Nets Garden, as an expression of his wish for the simple life as a fisherman. In 1868, the garden was transferred to Li Hongyi, an imperial official and master calligrapher, who had left about half of the steles in the garden. It is later in 1940 that the He Chang possessed the garden and stipulated in his will to donate the garden to the government which was eventually fulfilled by his daughter in 1958.

The Design of the Garden 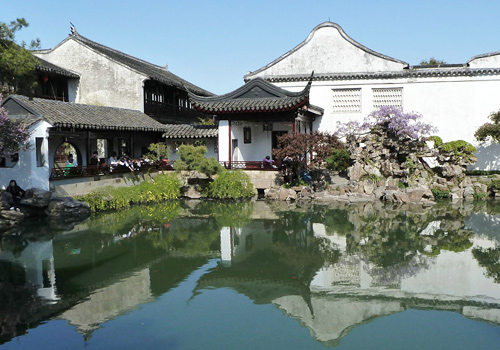 Covering 5400 square meters, the Master of the Nets Garden is divided into East Section and West Section; the eastern part is residential quarters, while the garden is located in the central and western part. In detail, the pool-centered garden is consists of living quarters in the east, the conviviality area in the south, the water area in central, the land gardening in the west and the study in the north.

The layout of the whole garden is neat and well-proportionate, and the interior garden is skilled zoned by scenes with distinctive features. The residential area is a linear sequence of four halls and three courtyards, and the main hall, Wan Juan Tang (万卷堂, the Hall of Scrolls) is just tall and spacious with fine furnishings and delicate decorations. 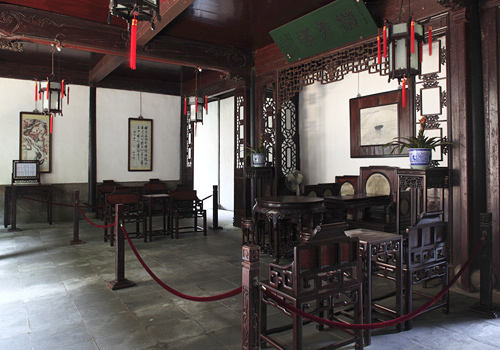 The garden area is an ensemble of architectures around the pool. The irregular and uneven rocks are used to create winding scenes while the slabstone-made curved bridge and pavilions are built as low as to the water surface to give the pool the illusion of great size. The architectures are elegant in shapes and small and exquisite in styles; small ones are laid on rocks or piers directly to the pool surface while larger ones are separated from the water by yards with planted trees and flowers. Just as its name implies, the Master of the Nets Garden is a garden for a secluded fisherman; therefore, the strong hermit flavor is contained in the assignment and names of the buildings and scenes.