Shenzhen Minsk Aircraft Carrier World is a military themed amusement park with a former soviet warship at its center. The aircraft carrier stands at the heart of the park at ten meters wide and ninety meters long and is truly an impressive site. The Minsk was a second generation soviet era aircraft carrier complete with what were then state-of-the-art antisubmarine and anti-aircraft defenses.

The Minsk served in the soviet Pacific Fleet after being commissioned in 1972 when it was one of the soviet-unions flagship vessels. After the conclusion of the Cold War, it was retired and in June 1998 was purchased by the Shenzhen Minsk Corporation, and then refitted and opened to the public. The park was then acquired by China International Trust and Investment Corporation in June 2006. On the flight-deck of this colossal warship rests a soviet vintage MIG fighter-jet as well as the original heavy artillery used by the Minsk the ship is still decked out with torpedoes and various types of missiles and mines. 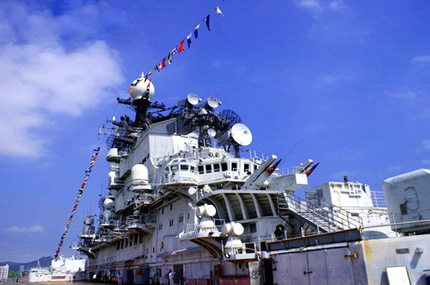 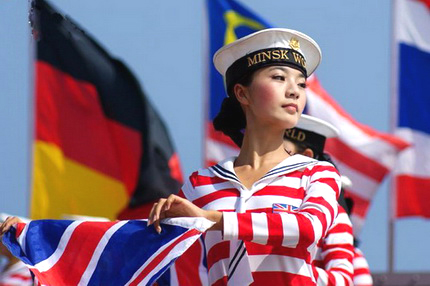 Each ship cabin has been modeled into mini-museums documenting the history of the Red Navy including films and televisions showing the Red Navy and the Minsk in action. There is also a Russian dancing performance that is carried out on the ship during daily-shows. On land there is a replica military base, replica navy port including an armory displaying Red Army weaponry as well as a three-dimensional demonstration area.