Wen Miao, also called as Confucius Temple (孔庙) is the only ancient architecture complex in Shanghai with a history over 700 years to memorize and sacrifice the great sage of China- Confucius (孔子). The temple served as the institution of higher learning in the city in his long history. As a talents cultivation site, some 279 students from the temple had been successfully selected into the highest imperial exams and later served as higher officials in the court during Yuan, Ming and Qing dynasties. Today, offering quiet refuge from the crowded streets of the old Shanghai city with rigorous, grand and featured architectures, the temple is a popular Confucianist holy land and a place of interest under the city protection with rich cultural connotations, attracting the retireds, teachers and students, as well as a great number of tourists both home and abroad. 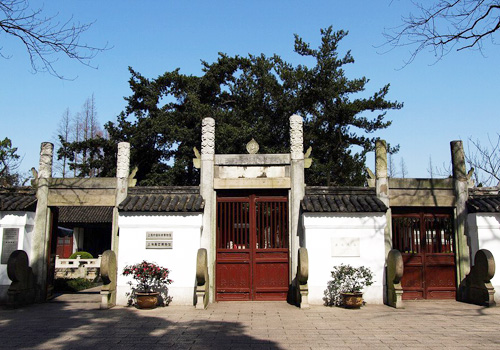 The first Confucius Temple of Shanghai was built as early as 1267 in Yuan Dynasty (1206-1638), which served as a school to cultivate Confucian scholars but unfortunately was destroyed in 1855 by the artillery fire of the Qing army. In the same year, famed scholars and officials in Shanghai rebuilt the Confucius Temple at present site which is also a former site of Sea Defense offices of Ming Dynasty (1368- 1644). After the founding of People's Republic of China, the temple was restored in 1959 and 1978; and to celebrated the 2550th birthday of the great sage- Confucius in 1999, it was carefully repaired for three years and reopened to the public in the year. 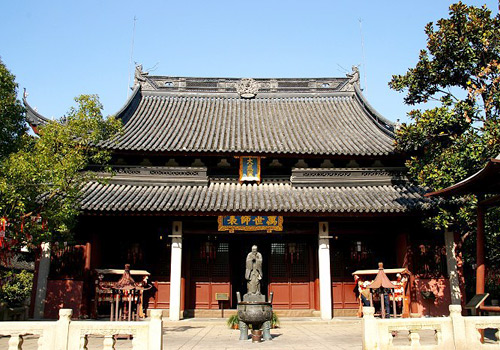 What to see in Wen Miao (Confucius temple)?

The same as all Chinese Confucian temples, the Wen Miao of Shanghai features a Lingxing Gate leading to the main hall of the temple, the Dacheng Hall, which was a multi-eaves one standing on the 0.5-meter-high base with a copper statue of Confucius in the front donated by Mr. Chen Chun from Hong Kong in 1987 to celebrate the 2540th birthday of Confucius. In the center of the hall is a seating Confucius carved from camphor wood and laced with gold, and the figures standing by are his disciples, Yan Hui (颜回) and Zeng Shen (曾参); and on the inner walls of the hall, there are full text of the Analects of Confucius (论语, a collection of Confucius’ words by his disciples) which is quite unique in all Confucius temples in the country. 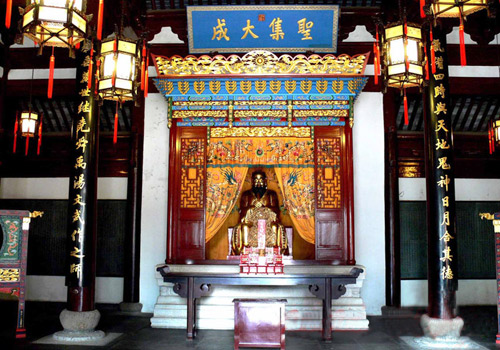 There are also other buildings in the temple, like Chongsheng Hall, Minglun Hall, Kuixing Garret and Zunjing Garret, etc. On the verandas between Minglun Hall and Zunjing Garret, it is the list of 279 famed scholars that selected into the highest imperial exams, including 3 No.1 Scholars of the exams. And inside the verandas near the Kuixing Garret are inscriptions and couplets composed by renowned scholars of Ming and Qing dynasties, while outside are cultural souvenir shops also in the styles of Ming and Qing dynasties. In other halls, there are also exhibits for bizarre stones, root carvings, teapots, ceramics and the like. During the celebrations at the end of a year, the Wen Miao is rather busy with all kinds of activities, such as the blessing with the bell-striking, folk performances by folk artisans in the square, tea ceremonies, riddle parties and so on. 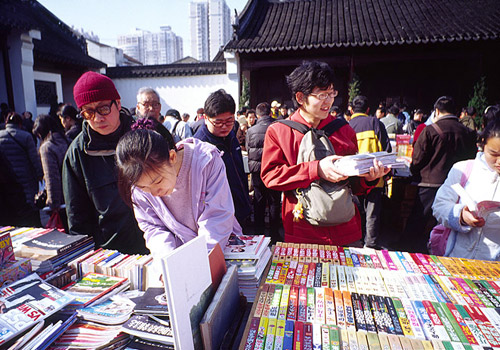 The imitative bookshops of Ming and Qing dynasties in the northeast Wen Miao is just the renowned book paradise in Shanghai. Books, magazines, newspapers, comic strips and secondary books of antique or latest can be both found in the market. It is possible to bargain and it is also a great pleasure that people sometimes can find some long-admiring extinct books. To stroll in Wen Miao every Sunday morning today is a special hobby for Shanghainese to watch Confucius Temple, hunt for books, taste various delicacies, and shop around.