The Maglev Train in Shanghai runs between Longyang Road and Pudong International Airport with a total length of 30 kilometers is the first commercial maglev line in the world, which was developed by China and Germany, completed in 2002 after over one year’s construction and began its commercial operation from Jan. 4th, 2003. The train was designed with a speed of 430km per hour, and the actual speed is 380km per hour, the operation speed is limited in 300km per hour at present. 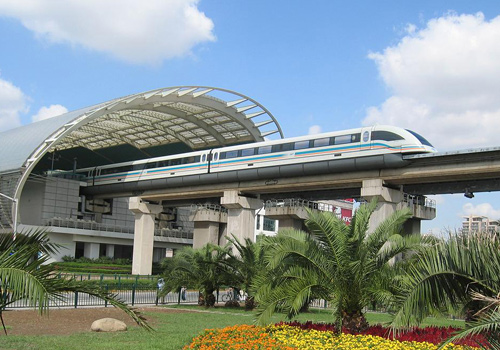 In the range of 50 meters both side of the whole rail, there is equipped with the most advanced isolation device. The windows of the maglev train are made of deceleration glass with a certain radian at the junction between the glass and the train body, which provides a preferable vision of the landscape outside for passengers without any discomfort though in a train running with a high speed. With the development of high technology, the maglev train is believed to be the ideal transportation tool in the 21st century because of its high-speed, steady, safe, comfort and pollution-free.

Principle of the Maglev Train 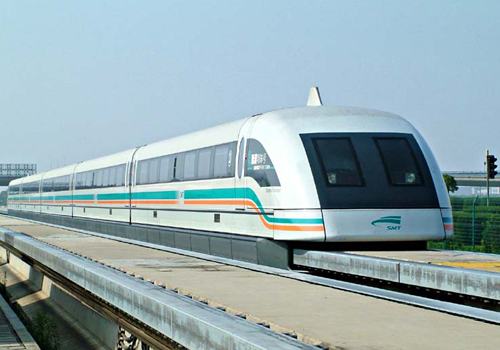 The maglev train is equipped with electromagnet, and the bottom of the railway is equipped with coil; the minute power on, the equal polarity from both electromagnet and coil will produce together a strong repulsive force to make the train suspending about 1cm to 10cm above the rail; while the coil on both sides of the railway will interact with the electromagnet on the train to produce a strong attractive power to make the train moving forward. This is the nature of the magnet- homogeneity repulses while the opposites attract each other, where also the "magnetic suspension" comes from. Now, the principle is applied by the scientists to the railway transportation system, making the train running without tracks and simultaneously increasing the speed up to several hundreds kilometers per hour. At present, the maximum speed of maglev train is 581km per hour which was produced in 2003 in Japan.

Advantages of the Maglev Train 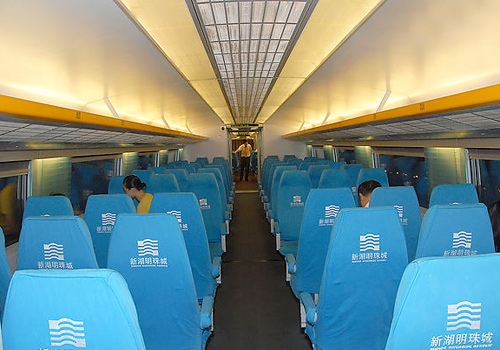 As no touch between the lead rail and the train, the maglev train runs without any tracks and frictions that it can run in a high speed smoothly and steady without any noise; it is easy to be automatic controlled and it is cost low all in construction, operation and maintaining; the energy consumption of maglev train is also low and the train discharges no exhaust gas, making no pollution to the environment as it was motivate by power; the working life of maglev train and its rail are also 10 to 20 years longer than that of the ordinary trains. With its development, it is no doubt that maglev trains will widely used as an ideal transportation tool in the near future.