With the lowest location in Tibet, Nyingchi Prefecture is known to Chinese as "south regions of the Yangtze River in Tibet" and "the Switzerland in Tibet" with dainty idyllic scenery, and known to the world with the deepest canyon in the world- the amazing Yarlung Zangbo Grand Canyon. Embraced by the Himalayas and the Nyainqentanglha Range which resemble two huge dragons stretching from west to east in parallel and joining the Hengduan Mountains in the east, Nyingchi is located in the southeast of Tibet. Its name, Nyingchi, is an imaginative Tibetan word which means the throne of the sun, just as it is the locality that the sun rises everyday in Tibet area. With a total population of 173 000, Nyingchi administrates 7 counties, borders Yunnan Province and Chamdo Prefecture to the east, Nagqu Prefecture to the north, Lhasa and Lhoka to the west and India and Burma to the south. In the lower reaches of Yarlung Zangbo River, it has a sharply-changed terrain and a large discrepancy in elevation with an average altitude of 3100 meters but the lowest altitude of only 900 meters, which contributed to a moist climate and pleasing landscape.

History of Nyingchi- a mythic location with mysterious ethnic groups 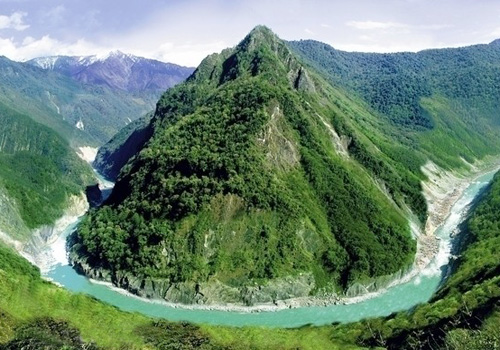 Called Kongpo in ancient time, Nyingchi Prefecture is dated back to 5000 years ago with discovered human remains and graves belonging to the Neolithic age. On the base of the archaeological studies, human beings had a slash and burn agriculture as well as the fishery by the river at that time. Concerning to the recorded history of Nyingchi, it is in the inscriptions on precipices located nearby the Yongzhongzeng Village. Though caved 1200 years ago, these scripts are still distinct describing the legend about the first head of the Yanaon Tribe, who had moved from Bowo and commenced his leading career of the Yanaon tribe on the holy mountain of Kongpo. From the 13th century, Nyingchi was in the sphere of influence of the Karma Kargyu, Tibetan Buddhism. It was the habitation of Monpa people and Lhoba People; it reserves rich traditions of their characteristic habits and customs. The old tales, unsophisticated folkways, clan’s totemism and religious myths integrate and add primitive and mysterious shades to these ancient ethnic groups. 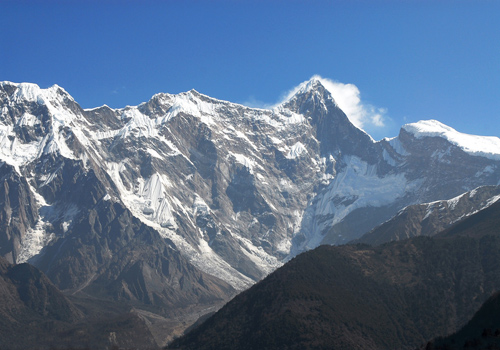 Nyingchi is one of the rarest pure lands in the world that seldom interrupted by humans until in recent years, and also a holy land attracting scientists and adventurers though it has a poor transportation especially the section to Medog, which is known as the hardest part that still unopened to traffic. However, enjoying the title Natural Museum and Natural Green Gene Pool, here offers well-preserved primitive landscape with lofty plateau cypress, Himalaya fir, flora living fossil-tree fern, and over hundred of species of azalea; it has the highest river in the world, the Yarlung Zangbo River and the deepest canyon in the world, the Yarlung Zangbo Great Canyon with more than 20 ancient ethnic tribes living around, the vertical landform with the largest difference of level which contributed to extraordinary lavish vegetation and wildlife resources; crowned as "the father of iceberg", the peak of Namcha Barwa, which has a altitude of 7782 meters, serves as a perfect health resort with numerous hot springs at the mountain foot; and in addition, the Medog, where the lotus blooms, is the holiest land to Tibetan Buddhists providing surprising beauties.