Chinese name: 古格王国遗址 (Gu Ge Wang Guo Yi Zhi)
Location: on a mountain in Zhabran Village, 18 km west of Zanda County, west of Ngari, not far from the Mount Kailash and the Gangtise Mountains, Tibet.
Price: CNY116 (tickets are sold in Cultural Affairs Bureau; extra CNY50 is needed for a photograph permit inside the halls and houses of the Ruins.)
Opening time: 08:00-19:00
How to get there: The way for foreign travelers to enter Tibet is booking a Tibet tour or a China tour containing Tibet with a Chinese travel agent in advance.
Best time to travel there: May-October, July is the best month to travel in Ngari due to pleasant climate.
Recommended time for a visit: about 5 hours (including drive time from Zanda County)

Travel tips:
1. Accommodation- Hotels for choice in Zanda County are inexpensive in prices but providing no private bathrooms; a public bathhouse opposite the Shuili Guesthouse (水利宾馆) provides hot water and laundry service; hotels may have no electricity at night;
2. Food- Restaurants mainly sell Sichuan food in the county; fresh vegetables are available with reasonable prices as the town is near to Shiquanhe River;
3. A Border Permit is required to enter Zanda, so it is wise to apply for one beforehand. 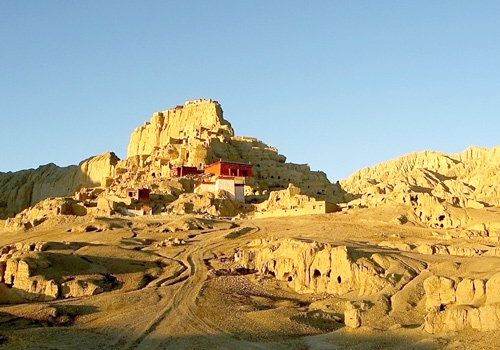 Covering about 180000 square meters on an earth piled hill, the ancient Guge Kingdom Ruins is in western Tibet with an elevation of 3800 m. With a prosperity of over 700 years and a vast territory in the area, the Guge Kingdom was founded in 10th century but mysteriously disappeared in 17th century, leaving the real reasons still been studying. The ruins came to light just decades years ago and large-scale archeological work began in 1985, during which a great deal of exquisite sculptures, carvings and murals were unearthed, houses, cave dwellings, monasteries and stupas were found. As the Guge Kingdom had played a vital important part in the second renascence of Tibet, the discovery of its ruins provides significant material objects for the researches of Tibet's history as well as the ancient architecture in Tibet. Today, the mysterious Kingdom ruins make itself a great appeal to numerous visitors, scholars and shutterbugs from both home and abroad.

A brief history around Guge Kingdom 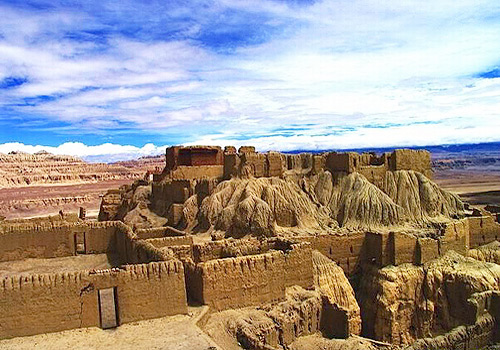 The Guge Kingdom can retrospect to the later period of Tubo Kingdom of Tibet (the first regime in Tibet in the history and was flourished with the great leader Songtsan Gambo in 7th century). Guge was established in around 10th century with capitals at Tholing and Tsaparang by Nyi Ma Mgon, a great-grandson of King Glang Darma (the last Tubo Monarch), who fled from Lhasa with followers after the collapse of Tobo Kingdom. Survived for 700 years, the Kingdom was reined by 16 kings successively, and the palace was constantly expanded to a huge ancient architecture group with over 600 buildings spread from the foot to the peak of the hill (with a height of 300 m). Apart from developing the production, the kingdom also had made a great contribution to the spread and promotion of the Buddhism.

Present old haunt of Guge Kingdom is inhabited only a dozen of households while they are not descendants of Guge people. How the thousands of Guge people vanished completely? Was it a natural disaster, or a kind of pestilence? The answers are various among different schools, but the most convincing one is that the Guge was ruined because of the invasion from its neighbor Ladak, the group belongs to the same clan as Guge. With a handful of incomplete and competing historical records, the sudden disappearance of Guge Kingdom is still a great mystery waiting to be resolved.

What to see in the Ruins of Guge Kingdom? 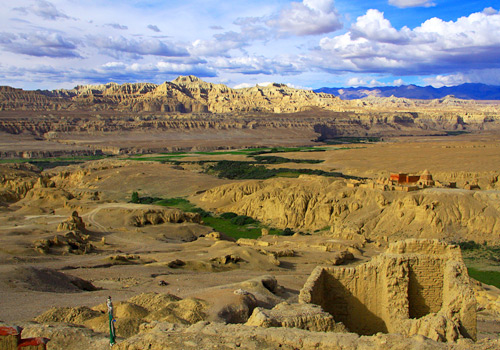 The whole ruins on the hill, is the location of the administration of Guge kingdom, which also remains over 300 houses and cave dwellings, 4 monasteries, 2 palace halls, 3 pagodas (all over 10 meters), and 2 corered ways that are arranged into three layers; from the top to the bottom in sequence are palace halls, Monasteries and then dwellings, reflecting the status standing of that time.

Sculptures, carvings and murals unearthed on the ruins are precious treasures created in the time of Guge. As the area abounds in gold and silver, most of the sculptures are golden or silver Buddhist status, with the most representative one is the statue of Guge Silver Eye (古格银眼). In addition, sutras were mostly written with liquid gold and silver, which have also been excavated in Tholing Monastery and around villages. These sutras were written on a kind of blue paper, with lines alternately in gold and silver, presenting as rather shinning under the sun. 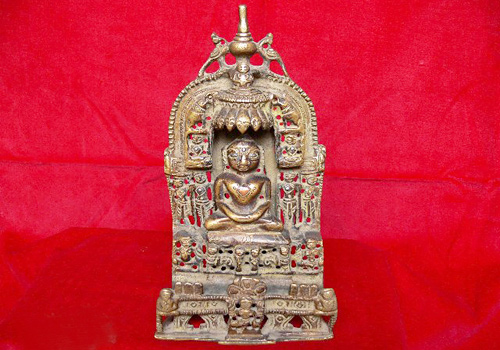 The most intact and with the most quantities in the ruins are the murals, which are grand and imposing in unique style, and with the artistic and aesthetic values being deemed comparable with that of Mogao Grottoes in Dunhuang, Gansu Province. Though underwent hundreds of years, they are well preserved with themes reflecting almost every aspects of the social life of that time. Figures especially women in the murals were portrayed succinctly but vividly demonstrated each personality. Due to its unique location and influences from multi foreign cultures, the artistic style of the murals contains some elements from Kashmir and Gandhara. The most highly praised murals are found in the monasteries. 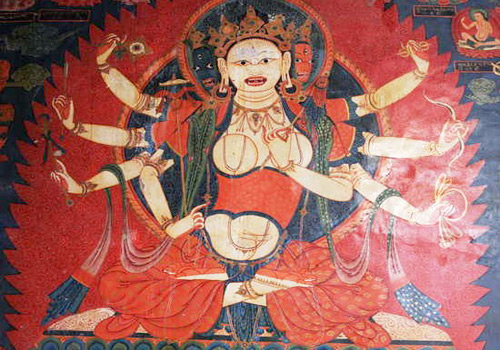 A large number of other relics are also found in the villages of Dongga, Daba and Pingyang nearby the palace site of Guge Kingdom, and other houses, caves and collapsed pagodas scattered around are mass discovered but difficult to count in numbers.