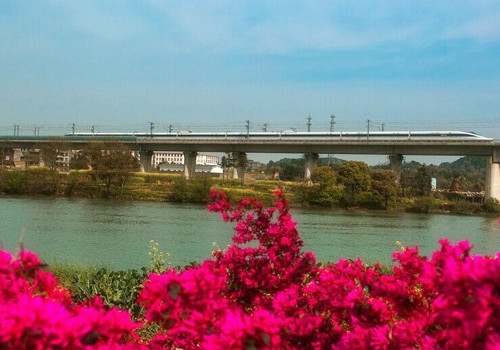 The 806-kilometer Hefei-Fuzhou line, which runs through Anhui, Jiangxi and Fujian provinces, is the first one that can reach 300 kilometers per hour crossing mountain areas of China. The railway passes some of the most beautiful destinations in the country, such as Yellow Mountain (or Huangshan), Wuyuan, Sanqing Mountain and Wuyi Mountain, winning it the title of “China’s most beautiful high-speed line”.

Next News: Taxes Refunds for Inbound Tourists in Beijing and Shanghai