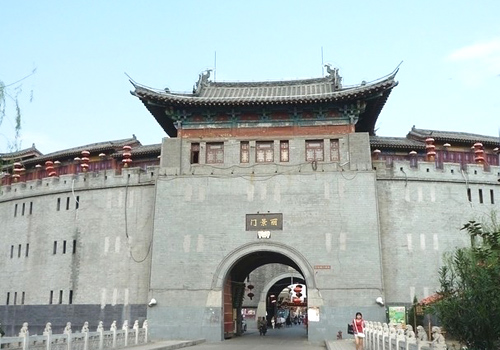 Lijing Gate is the entrance to Luoyang Old Town District. It is the most striking landmark of Luoyang Old Town District. Built in Sui Dynasty (581-618) when Luoyang is the capital, Lijing Gate is the most typical and best of its kind in China. High and thick wall, spacious watchtower and multiple doors constitute a majestic gatehouse. Lijing Gate Scenic Area integrates catering, accommodation, shopping and amusement. It features Hall of Queen of Heaven where to worship Mazu (a goddess in South China and Taiwan), Hall of Nine Dragons where stand sculptures of nine famous emperors of China, Hall of Avalokitesvara, Town God’s Temple, city wall, Cultural Corridor for displaying places of interest and celebrities in Luoyang area, Emperor’s Archive which introduces 104 emperors who found their capital in Luoyang, etc. Lijing Gate is among eight main sights in Luoyang and opens a window for visitors to learn the history and culture of Luoyang. 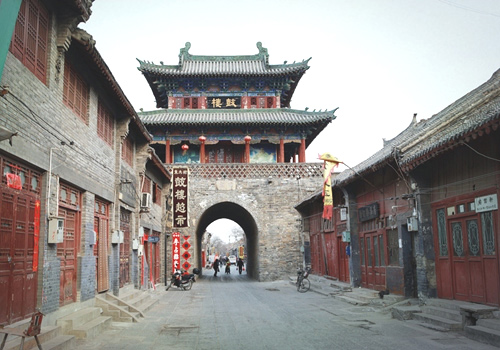 Entering into Luoyang Old Town District, you will be dazzled by the bustling shopping streets and residential alleys, which are decorated with red lanterns. Countless stalls and restaurants line on both sides. In ancient time, merchants streamed in and out continuously and boosted the economy. Even today, Luoyang Old Town District is still flourishing. Many antiques, Tri-colored glazed pottery (tang san cai), calligraphy and painting works are displayed in stalls. Visitors can eat local foods and buy handicrafts at a relatively low price. Water Banquet is the local dining customs. Water Banquet (shui xi) has a history of over one thousand year. It is composed of eight cold and sixteen warm dishes cooked in various broths, hence the name. Luoyang Old Town District also features a Muslim community. Muslim makes distinctive and delicious noodles, which are usually cooked with lamb or chicken in a spicy flavor. 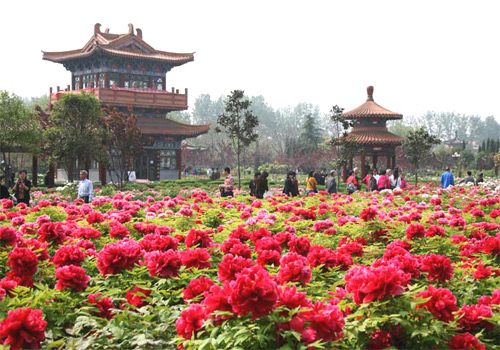 Peony is China’s national flower. As a saying goes that ''the peonies of Luoyang is the most beautiful under heaven'', a visit to Luoyang will not be completed without going to a peony garden. There are mainly three peony gardens in Luoyang Old Town District, namely National Peony Park, China National Flower Garden and International Peony Garden. Since all of them are located on the Mengshan Mountain; flowering of peony is a little later than that of downtown area, starting from mid-April to May.