Mount Sanqing or Sanqing Mountain is located where Yushan County and Dexing County meets in Shangrao City, Jiangxi Province, with the highest peak-Yujing peak which is 1819.9 meters high. Since its three peaks-Yujing, Yuhua and Yuxu Peak are like the “Three Qing in Taoism” ("Three” in Chinese is “San”), the mountain was thus called Mount Sanqing. With the geomorphic changes for more than one billion years, unique magnificent landscapes formed here: high peaks and strange rocks, swift current and flying waterfall, cliffs and clouds sea...

Sanqing Mountain was a place for practicing T

aoist in ancient times. It was also a place celebrities who believed in Taoism yearned since Ge Xue and Ge Hong, the famous Taoist scholars in Jin Dynasty reached the mountain to study Taoism. The first Taoist temples were built by the descendent of procurator Wang Jian of Xinzhou in Tang Dynasty. More than 200 temples, pavilions, stone inscriptions, stone carvings, mountain gates and bridges were built, making Taoist buildings all over the Sanqing Mountain, whose scale can compare with Qingcheng Mountain, Wudang Mountain and Longhu Mountain.

Mount Sanqing is beautiful because it is simple and natural. Mount Sanqing is precious because it is a unity of form and spirit, both the shape of spirits and ordinary people are very similar to the real ones. It was a cave paradise for the Taoism with pure environment and floating mists. Everywhere in the mountain are uncountable high peaks and strange rocks, fantastic mists, rare trees and flowers; holy springs and flying springs can compare with spirit’s wine and deep valleys and caves are where Chinese dragon, phoenix and undiscovered talents live. Combining ancient palaces and buildings and magnificent and splendid landscapes, Mount Sanqing is thus praised as the First Holy Peak and the First Blessed Place in the world. 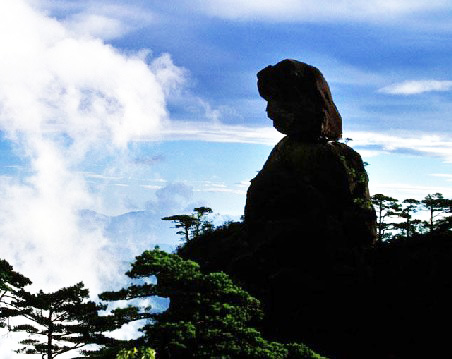 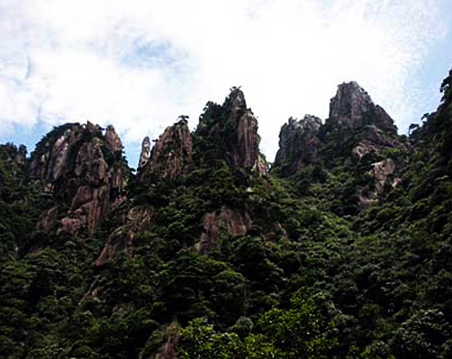 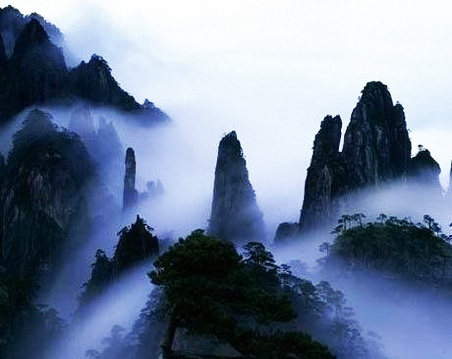