How to get there:
1. it takes about half an hour by bus from Dunxi (downtown of Huangshan City) to Shexian County. 2. take bus No.1, 2, 4 in the old town of Shexian County and get off at Hualian Super Market (华联超市), turn right and walk for some 1000 meters; or take the bus No.3 and get off at the gate of the Hui Garden (徽园). Suggested tour route: Hui Garden – Ancient Xuguo Stone Archway – Tao Xingzhi Memorial Hall – Doushan Street – drive to Taibai Building – drive to Yuliang Scenic Spot Best time for visit: spring (for colorful blossom) 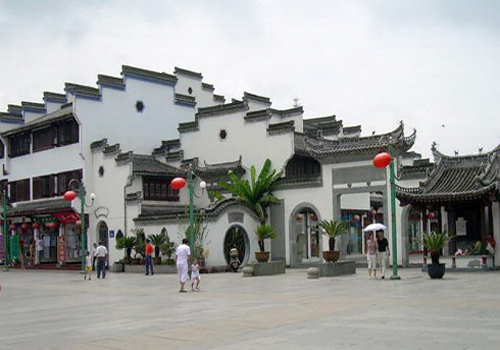 Between the 1st century and the 12th century in Chinese history, there were four large-scale moves of population from the North and the Central Plains to the South, which brought a great deal of advanced production technology and Central Plains Culture. Huizhou was one of the southern towns benefiting from the moves and rose up to its period of great prosperity in Ming (1368-1644) and Qing (1644-1911) dynasties. On one hand, it accepted the advantages of the ecdemic cultures; one the other hand, it kept its local culture and developed many unique styles in all aspects: Xin'an Neo-Confucianism, Xin'an iatrology, Huizhou seal cutting, Huizhou opera, Huizhou architecture, Huizhou cuinsine, Huizhou tea ceremony, Huizhou dialect, Huizhou Four Carvings (tile carving, wood carving, stone carving and bamboo carving), etc.

The Status of Huizhou Culture

Huizhou Ancient Town drew attention since 1930s due to its characteristic features. In 1980s, the concept of "Hui Studies (short for Huizhou Studies)" was widely known and specialized organizations of Hui Studies were established in even the US, Japan, North Korean and Singapore. When it was 1990s, Hui Studies was hailed the "Three Major Regional Studies of China" together with Dunhuang Studies and Tibetan Studies. 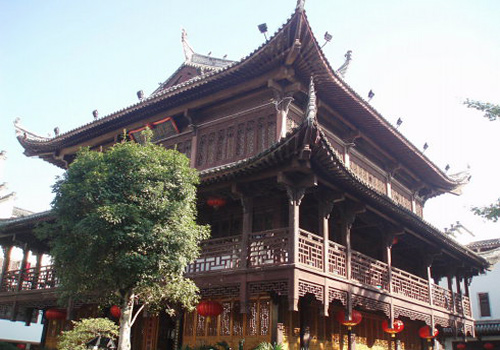 - Xuguo Stone Archway: built in 1584 with gravel tuff in a length of 11.56 meters, the arch was designed with eight pillars and named after "Xu Guo", a grand secretary making great contributions to the empire of Ming.

- Ancient Yuliang Dam: functioning as the key post of waterway of Huizhou for hundreds of years, less than 2 km away from the ancient Yulaing Street. The dam is 138 meters in length, 27 meters in base width and 4 meters in apical width, constructed with solid rocks and now being under the national protection. 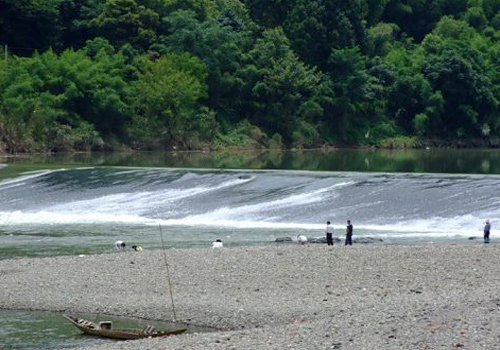 - Doushan Street: built during the Ming and Qing dynasties, over 300 meters in length, the street well displays the typical style of Anhui-styled architecture, with the houses of Xu (许), Wang (汪), Yang (杨) and Wang (王) families being the grandest ones. It is also famous for being the habitation of Huizhou merchants in the ancient times.

- Tao Xingzhi Memorial Hall: Tao Xingzhi (1891-1946) is a native of Shexian County, who came back from the US after his studies there. He made his effort in pushing "mass education" and established the Nanjing Xiaozhuang Normal School. After the Japan's invasion of China during the World War II, he put himself in the anti-Japanese movement.