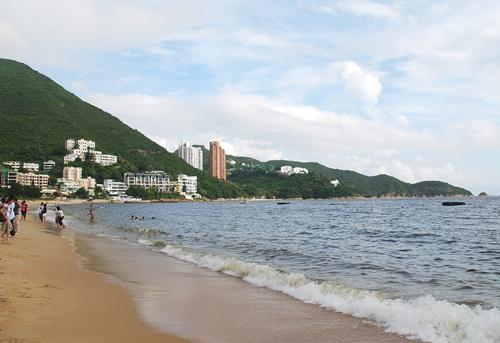 Hong Kong enjoys a subtropical climate with annual average temperature being 22.8℃. It is vulnerable to monsoon with distinct four seasons. The best season to Hong Kong is from October to March next year. November and December are often delightful in Hong Kong with bright sunshine, soft wind and mild temperature. It is cloudy in January and February and during this period it can be influenced by cold front which brings in chilly and dry north wind that can reduce temperature of city proper to 10℃. March and April are fine in Hong Kong but for humidness in late March and early May when fog and drizzle reduce visibility and even interrupt aviation and navigation. It is hottest and wettest from May to August when shower and thunderstorm is common in the morning and temperature soars up to 31℃ in the afternoon and down to 26℃at night. Hong Kong may experience bad weather caused by tropical cyclone, strong monsoon in summer, north wind in winter, and thunderstorm between April and September. Waterspout and hail hit Hong Kong occasionally. Snow and landspout are rarely seen in Hong Kong. Hong Kong is more likely to be hit by typhoon in July and September. However, it may be attacked by tropical cyclone of different intensity from May to November. When tropical cyclone reaches some 700 to 1000 kilometers southeast of Hong Kong, it is usually sunny and extremely hot initially but  islolated thunderstorm may occur at dusk. When it comes near, most areas will be hit by heavy rain which can last for several days and causes landslide and water logging. Rainy months of Hong Kong fall in June and August.