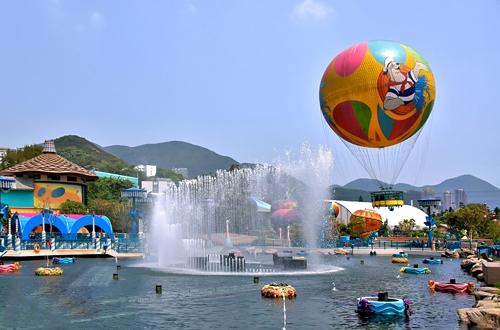 As a cosmopolis and financial center, Hong Kong has a honeycomb transportation network linking its different districts including railways, ferries, tunnels, subways and taxis as well as an intercity network linking it with mainland China. Octopus Card, an electronic peyment system, has been applied in Hong Kong for the convenience of passengers and can be purchased in every station of Mass Transit Railway, which can be used for payment  in public transportation and at parking lot, convenience stores, supermarkets, fast food restaurants, vending machines and even theaters.

Hong Kong is mainly served by Hong Kong International Airport, which is located in Chek Lap Kok of Lantau Island, 35 kilometers from city proper. There are five ways to get city proper from the airport.

1. Airport Express is available in the airport station which is near the Arrival Hall to transfer passengers from airport to city proper (stops: Asia World-Expo Station, Airport station, Tsing Yi Station, Kowloon Station and Hong Kong Station). Shuttle trains from airport to city proper run every 12 minutes from 05:50am to 01:00am. The last train leaves from Airport Station at 12:48 pm.

Three boundary-crossing railways have been established for the sake of passengers from mainland China to Hong Kong including Beijing-Kowloon Through Train, Shanghai-Kowloon Through Train and Guangzhiou-Kowloon Train. Hung Hom Station serves as their terminal station. People from mainland China to Hong Kong commonly will take a bus from Shenzhen to Huanggang Port Control Point and reach Hong Kong by Mass Transit Railway (MTR) or other transportation.

The funicular runs every 10 to 15 minutes from 10:00am to 23:45am. It measures 1.4 kilometers from Admiralty Garden Road to Victoria Peak. Tourists can take feeder bus 150 from Central Star Ferry Pier to cable car station. Singular fare is HK$20 and round-trip fare HK$30.