Located at the junction of the three provinces, Guangxi, Guangdong and Hunan, Hezhou is a time-honored city in northeast Guangxi Zhuang Autonomous Region, 217 kilometers west of Guilin (2.5 hours drive) and 166kilometers south of Wuzhou in the region (1.5 hours drive). Hezhou City has 2 urban districts of Babu and Pinggui, 2 counties of Zhongshan and Zhaoping, and 1 autonomous county, the Fuchuan Yao Autonomous County. Owing to its superior geographic position and environmental advantages, Hezhou is a famed tourist city for natural beauty, historical culture and unique ethnic customs, receiving most tourists every year just second to Guilin in Guangxi, as well as a blooming city prosperous in mining industry, power industry, turpentine, tobacco and agricultural industry. 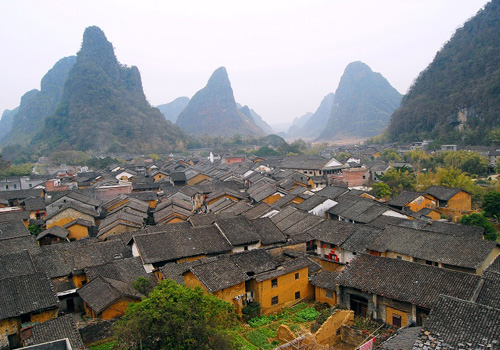 Hezhou has a long history over 2100 years since He County was officially set up in 111BC by the Emperor Wudi (156BC- 87BC) of Han Dynasty (202BC- 220AD). As well as other cities in Guangxi, Hezhou is a city with beautiful landscape, charming ethnic customs, profound historical culture and simple and friendly people. Hailed as "A Back Garden for Guangdong, Hong Kong and Macao", the city possesses charming natural ecological landscapes, the national forest park of pretty Guposhan Mountain and Daguishan Mountain, the magic Blue Water Cave and Purple Cloud Cave, and peculiar marble forest, inartificial hot spring and waterfall, charming lotus pond. The city also enjoys tranquil rural sceneries, luxuriant primeval forest, natural reserve regarded as natural zoo and botanical garden, and the Huangyao Ancient Town in the style of Ming and Qing dynasties within ancient hall and a ancient one-thousand-year banyan tree. It is also a city inhabited by different ethnic groups with rich and colorful ethnic customs and primitive and unique folkways. Yao minority is the main ethnic group live here with rich habits and customs and numerous featured festivals like the grandest Panwang Festival on the 16th day of lunar October, Fushan Songs Festival, Fireworks Festival, Lantern Festival in Fuyang Street, and the like.

Hezhou nowadays – A prosperous city in all industry with rich resources 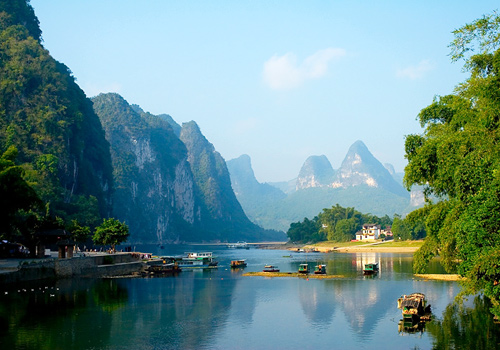 Enjoying the preferable natural landscape, Hezhou is a place of fortune rich in agriculture and forestry resources, hydroelectric resources and mineral resources. Located along the Gulin-Wuzhou Highway and close to the provinces of Huanan and Guangdong make it an important transportation hub; over 6130 square kilometers of land are forested; about 700 megawatts produced for local use as well as transmitted to Guangdong; gold is its largest mineral resource and others include marble, granite, iron, and aluminum; it is also the largest production bases of turpentine in the country, and the flue-cured tobacco in the region; and agricultural products include beef and dairy cattle, fruits, vegetables, taro, watermelon seeds, water-chestnut and tea are mass transported to Guangdong, Hong Kong and Macao, making the city a key supply base for the area of Pearl River Delta.