With tea pavilions scattering here and there in the tea mountains, the Dragon Well Tea Plantation is really a comfortable place for relaxing and enjoying tea among the lush tea trees. There are also teahouses and tea pavilions, which were built in Chinese traditional style, at the foot of the mountains in the village and surrounded by bamboo groves and trees. The famous Dragon Well, Royal Tea Plantation, Hugong Temple, 9 streams and 18 gullys are also worthy of a visit. 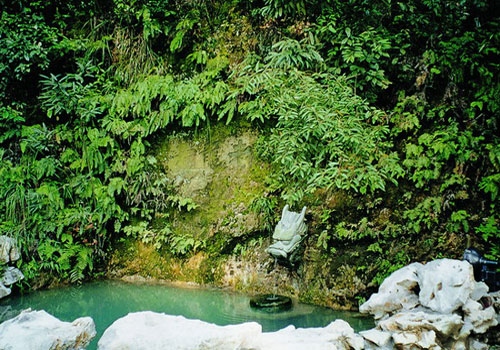 Story of the 18 Royal Tea Trees 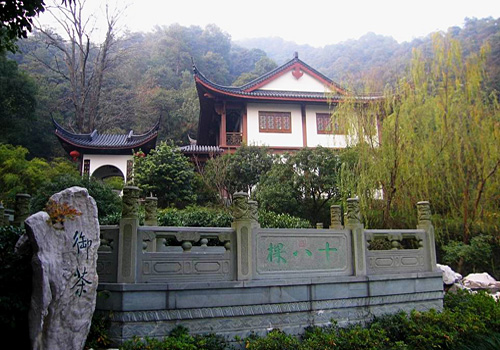 Dragon Well tea, called Long Jing Cha (龙井茶) in Chinese, has been being considered as a “nonsuch” among all of the Chinese teas, and the best Dragon Well tea leaves is produced from Shifeng Mountain. At the foot of Shifeng Mountain of the village locates the Hugong Temple, in which there are the renowned 18 old royal tea trees.

It is said that Emperor Qianlong of Qing Dynasty liked traveling very much. Once, when he came to Hangzhou, he was attracted by the enchanting scenery of the West Lake and came to the plantation at the foot of Shifeng Mountain. He learned to pick tea leaves as the tea-picking girls did, suddenly, his retinue reported that his mother got sick in Beijing, the temporal imperial city. Learning the news, this filial emperor hurried back home with Dragon Well tea. His mother wanted to have a taste of the tea, so he made one cup for her. After a suck, his mother felt better at once, she praised that the tea is just a magic recipe. Upon that, Emperor Qianlong issued a decree that the 18 tea trees in front of the Hugong Temple were titled as “Royal Tea Trees” and fresh tea leaves picked from them should be sent to Beijing for the imperial family every year.