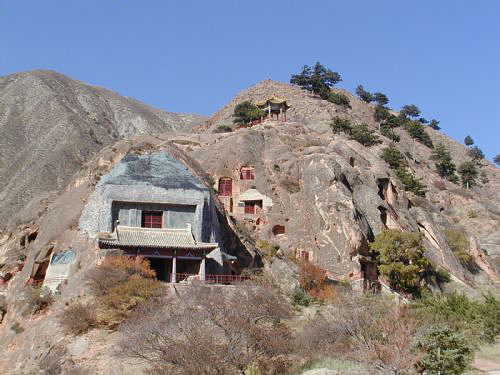 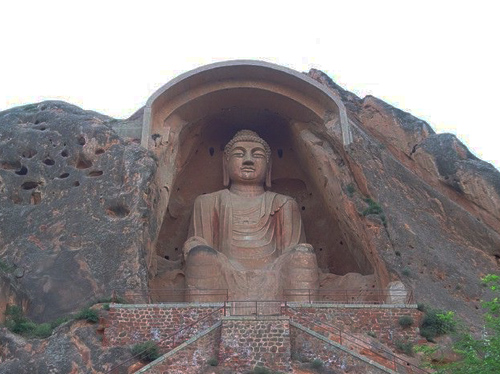 55 kilometers apart from the north of Guyuan City, the Xumi Mountain is a scenic resort with over 100 different small, hidden cave structures. The whole mountain area is a maze of gorges, valleys and mountains with natural erosion creating countless number of hidden caves. In the ancient time, there was a pass stretching over the Sikouzi River at the foot of the Xumi Mountain, however, today it left no pass but grottoes scattering on the cliff only.

There are statues littered all throughout these grottos, the largest being a 20.6 meter high statue of Buddha sculptured during the Tang Dynasty, indeed the valley in which the Buddha is located had been drilled in so that the Buddha could rest in the cliff-face. Another man-made phenomenon in the Grottos are piercing but through thick sheets of rock that allow light to flow through, this has become known as "the light of Xumi", this natural light then seeps deep below ground into caves, giving visitors and strong sense of wonderment.

The Xumi Grotto is the place in Ningxia where the influence of Buddhism is most visible. As Buddhism divided the world into three sections – above, below and the middle, these grottos can offer a physical of this philosophy with its mountains and deep valleys, Buddhist monks also built a golden wheel here in ancient times.