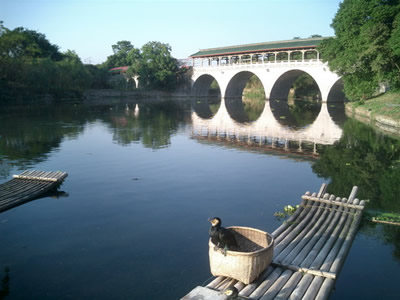 In the morning you will visit Elephant Trunk Hill. Located at the conjunction of the Li River & the Peach Blossom River, the whole hill looks very much like a giant elephant with a long trunk drinking out of the river; it is the symbol of Guilin city. Then you will head to Reed Flute Cave, which is a vast and very impressive cave system, and one of the most important sights of Guilin. Known as "the Palace of Natural Arts", you can see beautiful stalactites & stalagmites and learn how they are formed. Afterwards we will make a walk through Seven Star Park. It is one of the best urban parks in China. The park is in the east bank of Li River, the largest park in Guilin with the theme of rock caves.

We'll continue to visit Fubo Hill. You will see lots of rock stone carvings & Buddha statues from since Tang Dynasty. If you climb to the summit, you will have a wonderful bird's-eye view of Guilin city. 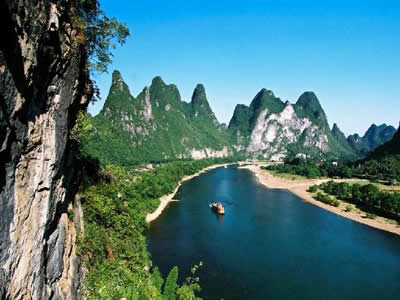 Guilin is famous for its picturesque scenery, and the best way to see it is from the deck of Li River Cruise ships. In the morning you will depart from your hotel and be transferred to the Zhujiang Pier (about 1 hour drive) for a 4.5 hours wonderful cruise. You will enjoy the unique mountains, peaceful green fields, farms and villages with water buffalos, cows wondering around on both sides of the river bank. In the afternoon you will disembark at the old town Yangshuo. Having a history of more than 1,400 years, West Street is the oldest street in Yangshuo. You will have some time to explore the old town's lovely attractions. 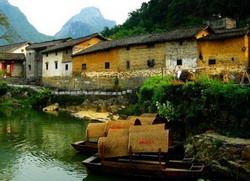 This morning, we will set out to Huangyao Ancient Town. It is situated in northeast Zhaoping County of Hezhou City in Guangxi Zhuang Autonomous Region, 200 kms away from Guilin and about 90 kms from Yangshuo. The family names of the townspeople were mainly Huang and Yao, so the place became known as "Huangyao Town". Most of its streets and distinctive structures took shape during the reign of Emperor Qianlong of the Qing Dynasty. The isolated location shielded the town from the impact of modern civilization and manmade degradation, and helped to preserve the ancient dwellings and historic landmarks therein

In the afternoon, drive back to Yangshuo.

Enjoy some leisure time today until your guide will transfer you to the airport where you will pick the flight to your next destination.