After your arrival in Guilin, you will be met and transferred to your hotel by our local guide. 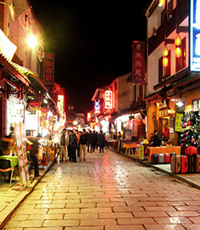 In the afternoon you will disembark at the old town Yangshuo. Having a history of more than 1,400 years, West Street is the oldest street in Yangshuo. You will have some time to explore the old town's lovely attractions and will be transferred back to Guilin city in the evening. 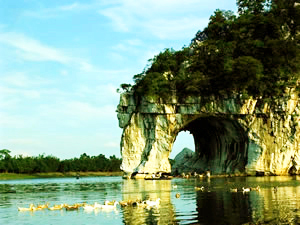 After breakfast, drive to Jiuwu visit Jiangtou Village. Jiangtou Village is located in the north of Guilin and about 32 km always from Downtown Guilin. It is a very famous ancient village with the history of 600 years, the building s built in Ming & Qing Dynasties survived and they are preserved very well. There are 158 families with population of 680. The family's name of all the villagers is Zhou, because their ancestor is Dun Yizhou, a famous philosopher of Northern song Dynasty (over 1000 years ago), whose essay "on lotus—loving" is so famous that nearly all the Chinese students can recite it. Zhou gave lotus the connotation of a virtue of honesty. Here he intended to exhort his later generations to keep honest in performing their official duties.

Back to Guilin and have a visit to Elephant Trunk Hill. Located at the conjunction of the Li River & the Peach Blossom River, the whole hill looks very much like a giant elephant with a long trunk drinking out of the river; it is the symbol of Guilin city. 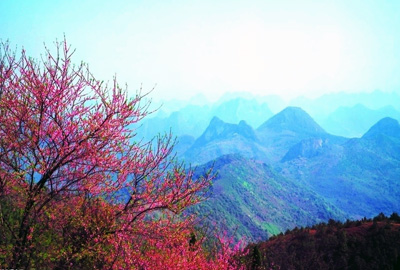 After breakfast, we will visit Reed Flute Cave, which is a vast and very impressive cave system, and one of the most important sights of Guilin. Known as "the Palace of Natural Arts", you can see beautiful stalactites & stalagmites and learn how they are formed.

Then you will head to Yao Mountain. Located on the outskirts of Guilin, Yao Mountain got its name from a Yao emperor temple, which was built, in the Tana dynasty in the top of the mountain. It boasts because of the natural beauty and the highest mountain in Guilin.

After the tours, you will be transferred to Guilin airport for your flight departure.