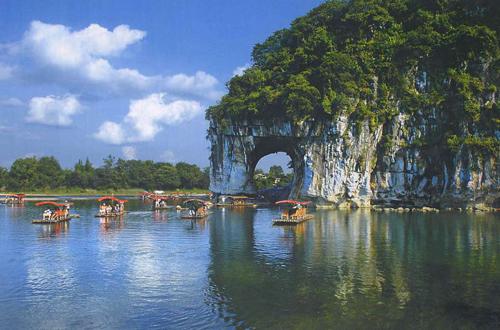 Airport in Guilin
Guilin Liangjiang International Airport, about 28 kilometers away from the downtown city, provides more than 110 lines to most popular tourist cities of mainland China and to some other countries.

Shuttle buses, which are available till the arrival of the last flight of the day, run between the airport and Air Aviation Hotel (in downtown Guilin) every an hour. And the ride takes about one hour.

Guilin Waterway
Waterway in Guilin is based on Xiang River and Li River. Along the Li River, it can reach Wuzhou City and then to join the Zhujiang River to get to Guangzhou, Hong Kong and Macao. But nowadays, with the high development of air and road transportation, the waterway has almost been abandoned.