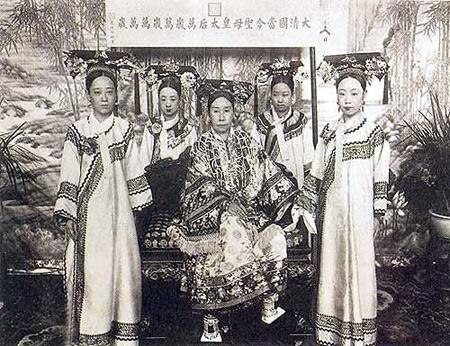 Semi-colonial and Semi-feudal Era (1840--1919)
As the second Chinese minority unifying the country after the Mongol, the Qing Dynasty established by the Manchu was once glorious for some 200 years but declined at the beginning of the 19th century, during which the British Empire output a great deal of opium to China, which aroused opium prohibition by the Qing authority. To proceed with the opium output, the British Empire started the First Opium War (Britain's invasion of China, 1840-1842) and the defeated Qing government was forced to sign the unequal “Treaty of Nanjing”, including ceding Hong Kong to British as colony. Then in the Second Opium War (1856-1860) against the British and French allied forces, China was weakened further and lost more and more in sovereignty and territory. The two opium wars commenced to shove China into a semi-colonial and semi-feudal society.

The Chinese Revolution led by Sun Yat-sen in 1911 overturned the rule of the Qing Dynasty as well as the feudal social system that had lasted over 2000 years in China, and the Kuomintang (Chinese Nationalist Party) was founded based on the Chinese Revolutionary Party at the same year. In the next year of the revolution, Republic of China, which was the first democratic republic in Asia, was founded with Nanjing as the temporary capital. This is one of the greatest events in modern history of China.