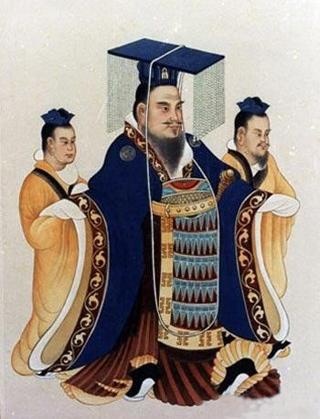 Han (206 BC – 220 AD)
The powerful Qin Dynasty was pulled down due to its tyrannical rule and Liu Bang (Emperor Hangaozu) founded the Western Han Dynasty in 206 BC. The Western Han Dynasty was also one of the strongest dynasties that had developed much in regime, agriculture, handicraft industry, commerce and many other fields, with a population of some 50 millions. It is during the reign of Liu Che (Emperor Hanwudi) that the dynasty achieved its peak, with Confucius becoming the national belief and its control area stretching from the Central Plains (heartland of ancient China) to the Western Regions (known as Xinjiang Uygur Autonomous Region of China and Central Asia today). This great emperor had also sent Zhang Qian (a famous ambassador) to the Western Region, opening the way connecting Chang’an (known as Xi’an today), Xinjiang, Central Asia and the eastern coast of the Mediterranean, which is now worldwide known as “Silk Road”. With the accessing of the Silk Road, various Chinese silk fabrics were transported to the West and contact between the West and China became more frequent. In the 1st century, Buddhism was introduced into China.

At the end of the Western Han Dynasty, the country sank into wars again because of the sharp social contradictions between farmers and the ruling class. In 25 AD, Liu Xiu (Emperor Hanguangwudi), who is the descendants of the royal family of Western Han dynasty, founded a new Han dynasty, choosing Luoyang(known as Luoyang City of Henan Province today) as the capital. Luoyang is geographically located east to Chang’an (known as Xi’an today), the capital of the previous Western Han Dynasty. For this reason the dynasty Liu Xiu set up was called Eastern Han Dynasty. In 105 AD, Cai Lun, an official of the dynasty, invented the papermaking technology, which is listed as one of the Four Great Inventions of Ancient China together with compass (invented during Warring States Period), gunpowder (invented during Sui and Tang dynasties) and typography (invented during Northern Song Dynasty).