With a history as ancient as China's, there is little doubt why its culture has developed to become one of the most unique and colorful on Earth. It is a huge attraction to visitors, almost as much of a draw as China's sites. Chinese culture can be difficult to understand and with so many aspects to it, studying it can be a never-ending endeavor. Our Chinese Culture Guide was created to give visitors basic information about many different aspects of Chinese culture, such as; Chinese tea, traditional Chinese medicine, Chinese opera, and much more. If you would like any further information, please feel free to contact us and we will do our best to answer all your Chinese culture questions. 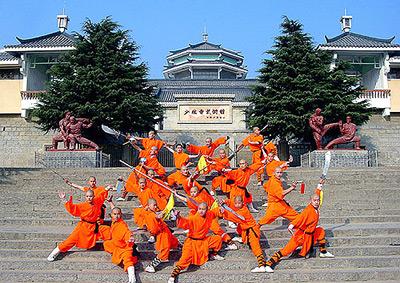 Far and wide known as Kungfu (功夫) all over the world, Chinese martial art is also called Wugong (武功) or Wushu (武术) at home by Chinese people. It can be seen as an art of attack and defense in which... Details>> 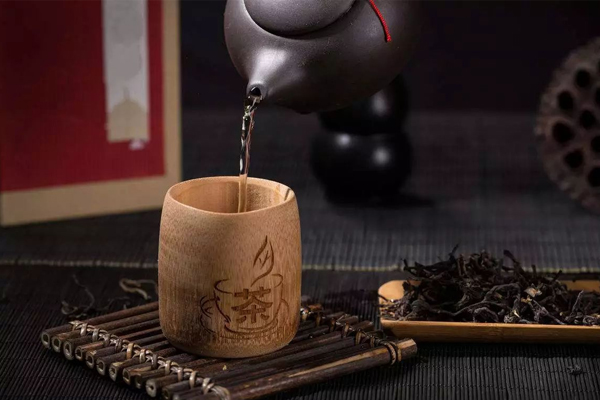 In China, tea is more than a beverage. To many people it is a way of life and an incredibly important part of people’s daily lives. According to legend, tea was first discovered in China by Shennong, an ancient Chinese chieftain and considered the father of Chinese medicine. Originally used as a form of medicine, tea drinking evolved until it became almost an art form. There are many different ways to brew tea with the most popular being Kung Fu Tea which uses smaller teapots and tiny cups. There are six categories of Chinese tea; green tea, white tea, yellow tea, red tea, black tea, and wulong tea. Tea is placed into these six categories by the amount of time they are allowed to oxidize. Details>> 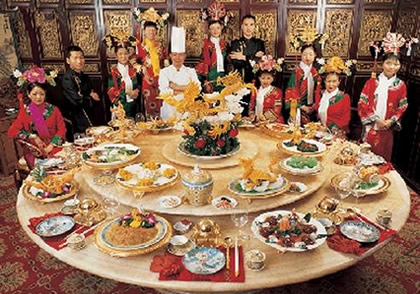 "Food is the first necessity of the people" is a famous Chinese old saying, which reflects that Chinese have had paid much attention to food since the ancient times. The importance of food in p... Details>> 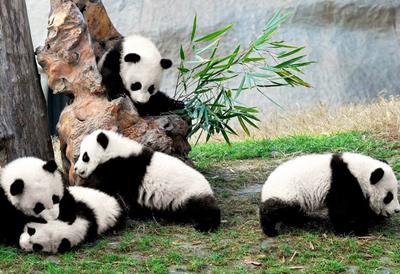 Seen as "national treasure of China" as well as a symbol of peace, panda (Chinese: 熊猫, short for "giant panda (大熊猫)" in Chinese) is an endangered mammal winning great attention from all over the wo... Details>> 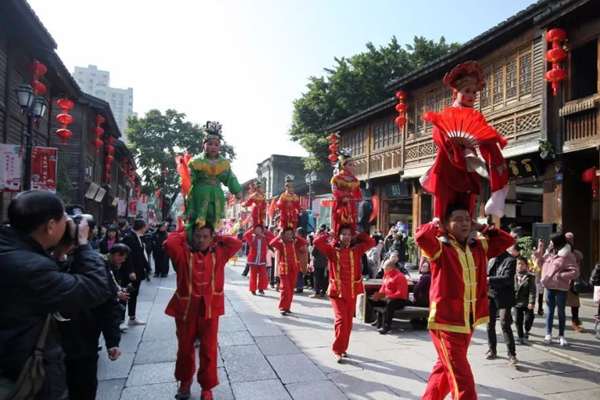 Due to having a history of over five thousand years, China has a rich collection of festivals which have developed over the millennia. Most of China’s traditional festivals began to develop during the Qin Dynasty (221-206 B.C.E.) and were set by the Han Dynasty (206 B.C.E. – 220 C.E.). Chinese festivals are celebrated according to the Lunar Calendar, which means that each year they fall on a different day on the Gregorian Calendar. The biggest festival in China is Spring Festival, or Chinese New year. This 15 day festival ends with Lantern Festival. Other important Chinese festivals include; Tomb-Sweeping Day, Dragon Boat Festival, Mid-Autumn Festival, and Double Nine Festival. Details>> 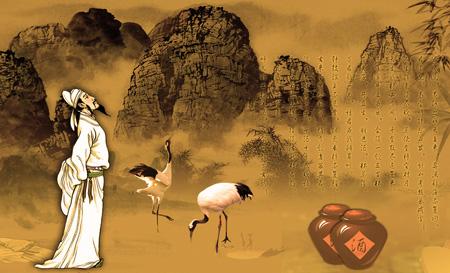 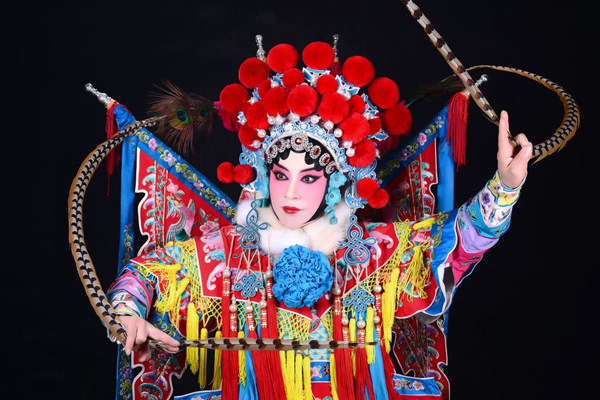 Chinese culture is a great and extensive civilization with featured Chinese traditional opera, especially the Peking Opera, which is regarded as the national opera or the quintessence of Chinese cu... Details>> 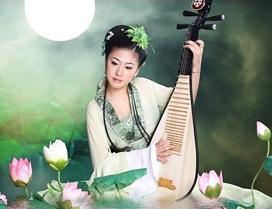 According to the archaeological discovery of the bone-flute unearthed in Wuyang County, Henan Province, Chinese music can be traced back to 8000 years ago. Over a long history, Chinese nation creat... Details>> 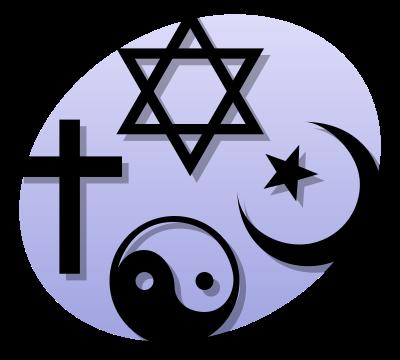 The main religions in China are; Buddhism, Taoism, Islam, Christian, and Catholicism. There are many other ethnic and shamanistic religions unique to most of the Ethnic Minority Groups in China. It is believed that there are over eighty-five religious sites in China and over one hundred million followers of a religion. According to Chinese law, the Chinese people enjoy the freedom of religious belief. Religion has always been an important part of Chinese tradition and culture. Confucianism was the foremost belief in China for centuries, followed by Buddhism and Taoism. They are known as the Three Pillars of traditional Chinese culture. Details>> 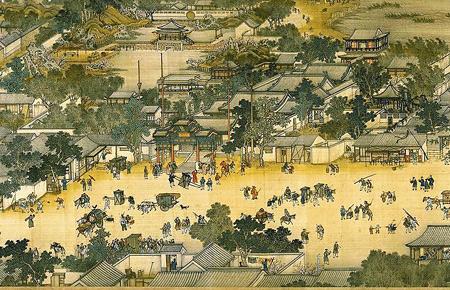 The earliest men living in China can be traced back to 1.7 million years ago. After long evolving, the ancient hominid commenced to step into civilization society. With a recorded history of ... Details>> 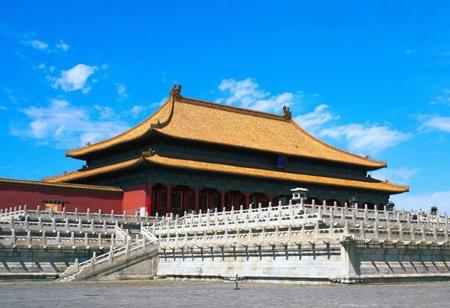 Chinese Architecture is great and profound with a long-standing history as well as the Chinese culture. From the early square or round shallow hole-houses to today’s modern style, many a wonder ... Details>> 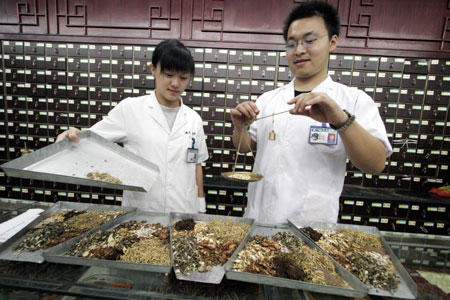 In ancient China which was far away from modern medical technology, Chinese people cured themselves by a wide range of traditional Chinese medical practices, including herbal medicine, ... Details>> 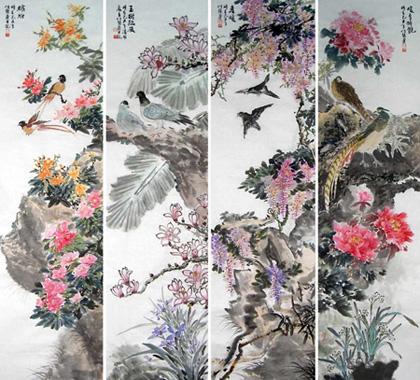 China is a country with abundant tourist resources and offers countless tourist crafts and characteristic souvenirs that remind one of its long history, profound culture and traditions of it... Details>>