Guangzhou is the capital city of the Guangdong Province, South China and a worldly famous economic, gastronomic and tourist halt city. Also known as "Canton", this major Chinese city influenced by the nearby Hong Kong and Macao is somewhat the first city travelers to China will visit, just like Beijing or Shanghai. The city is indeed located in the north of the Pearl River Delta and enjoys a monsoon sub-tropical climate. Recognised as a high trading center, Guangzhou is also a busy port and an important city that influences the whole country's economy. The sprawling urbanization of the city is getting more and more important everyday: huge traffic lines, never ending flyovers, new modern subway system give more ease to inhabitants and tourists. Worldly renowned for the Cantonese cuisine, Guangzhou is a place where all the surprising and delightful delicacies of China gather. Historical site, home to some international events, cultural diversity and tourist spots, Guangzhou is a delight for the soul and for the palate. 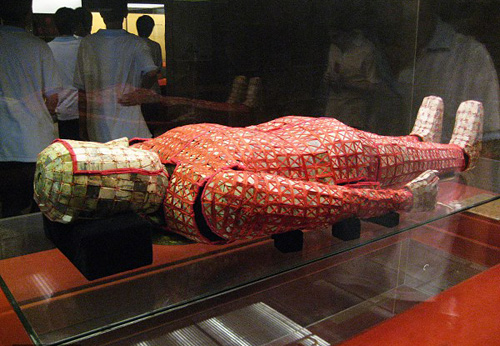 Compared to other Chinese cities, Guangzhou has its own particularities that influenced its development in mainland China. Indeed, with a more than 2800 years long history, the city flourishes with scenic sites and cultural heritage. The most important thing to know about Guangzhou deals with its legendary building. According to old sayings, the city was founded by five gods riding on five goats who brought the first grain to the city and saved the population from starvation. Then called "the City of Goats" (Yang Cheng, 羊城), Guangzhou was first settled in 214 BC by the first Emperor of the Qin Dynasty for its strategic localization in southern China. As a crucial stop of the "silk road on sea" during the Tang Dynasty (618 AD – 907 AD) and an important southern port, the city developed in what is now called the Pearl River Delta, a pivotal economic zone in China. Trading with Portuguese and then British during the 16th and 17th centuries, Guangzhou's economy kept developing even if some uprisings were noticed against them in 1841. The place was then renowned for being a stronghold after the fall of the Qing Dynasty in 1911. Since 1945, Guangzhou has become a business city where many international fairs and exhibitions are held. The traditional and annual Canton Fair held since 1957 is a must in the city as well as a fame all over the world. As the host city of the 2010 Asian Games, Guangzhou has speeded up its modernization and stands today as an important economical, national and international transportation hub as well as a jewel for the world's finest gourmets! 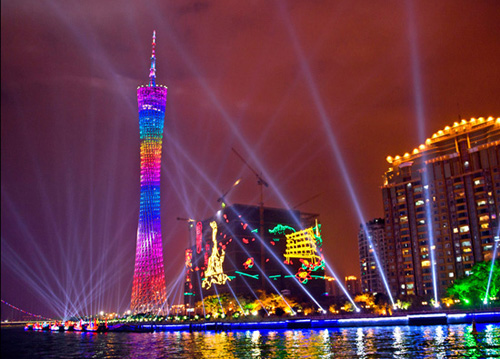 Today, Guangzhou is a brilliant economic pillar of China and foreign trade center. With a great number of offices and factories from home and abroad, Guangzhou is considered as one of the "world factories" producing all kinds of products in China, which provides the local and tourists with a good chance of doing shopping. Highly developed in terms of higher education, Guangzhou bursts with cultural, artistic and local crafts such as embroideries, ivory-carving and ceramics. Travelers spending a day or so in this southern city of China would have the opportunity to discovering the highly urbanized center of Guangzhou where everything is accessible thanks to the brand-new modern subway. Some parks of interests are also available to take a break from the turmoil of the city center. The Yuexiu Park where stands the Five Goats Statue, the Six Banyan Temple and Flowery Pagoda, and Dr. Sun Yat-sen Memorial Hall are some of the biggest highlights of the city. But what generally comes to mind to anyone hearing the name of this southern Chinese city is definitely the food! Indeed, the Cantonese cuisine is a famous tourist attraction for its many surprises and tasty dishes. Literally, almost everything can be eaten in Guangzhou! The city flourishes with many tea-houses and restaurants that one has to experience during his stay. Rich in color, taste and presentation, the Cantonese food will fill your curiosity. A trip to Guangzhou is entering in the deep and harmonious diversity of the Chinese culture!