Introduction to Yuexiu Park of Guangzhou

Yuexiu Park is the largest park in down town Guangzhou, covering an area of 212 acres. It is made up of three artificial lakes, and seven mountains, all part of Yue Xiu Mountain, and that’s where the parks’ name comes from. The lakes are divided into three separate lakes; East Lake (dongxiu), South Lake (nanxiu), and North Lake (beixiu). The south lake takes up an area of 5,000 square meters. The north lake is a great place for boat enthusiasts to enjoy themselves, and has a fantastic place for older people to enjoy some exercise, or to just take in some sights while sitting in the shade. The north lake also has a flower garden, so if botany is your thing then you should check out the north lake. The east lake is a more cultural area as it has many idioms, and Chinese culture intertwined around it. Within the park there are many activities for all ages, there’s a swimming pool, bowling alley, badminton court, ping pong area, outdoor basketball court, open air dance floor, there’s also an amusement park which has an airplane ride, swings, bumper cars, forest hunting, a game room, and a bunch of other activities to keep you busy all day. Regardless of your age, or your interests this place has something for you. There’s also a stadium that can seat 30,000 people, and another swimming pool stadium that can seat 5,000.

In the jungle there is an ancient city wall that stretches for about 1,100 meters, broken up, and over 200 meters (solid), this ancient wall is the city’s only remaining relic from the Ming Dynasty (1368-1644), and its oldest wall with a history of 600 years. 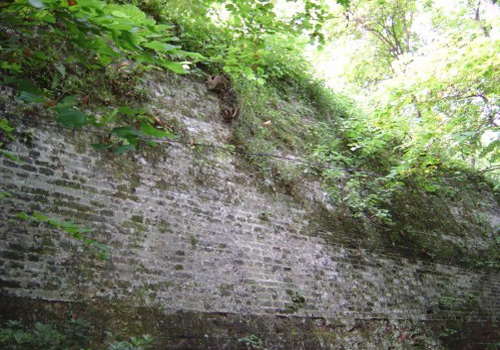 It is one of the three great monuments of Ming Dynasty in Guangzhou (Ancient Ming Wall; Zhen Hai Building; Wu Xian Guan.) The wall is divided into three parts; western, middle; and eastern. However the best preserved part of the wall is near Zhen Hai Building, this part is unbroken for 200 meters.

This wall in many battles has been a strategic advantage point, and so as has been fought over many a times. It is said that looking at this wall you can get a kind of feeling between heaven and earth.

In the second Opium War (1856-1860), the wall was where the Chinese took cover and fought off the attacks of British and French battalions, using nothing more than clay cannons, and long ranged bow and arrows, after their enemies lost many a soldier they fled in fear.

In 1923 the wall proved useful yet again when Sun Yat-sen fearlessly used it to spot the onward attacks of their enemies, and cleverly commanded his own soldiers to counter attack, because of this vantage point, and his fearlessness they defeated their enemy. And because of this Sun Yat-sen is the hero of Guangzhou. 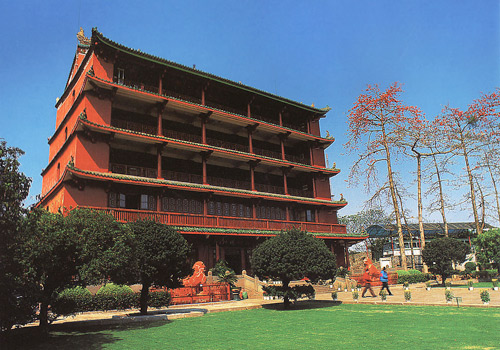 The blood red building in this park is Zhen Hai Building; its history is both rich and interesting. It is one of Guangzhou’s main cultural attractions. It is said when Zhu Yuan Zhang (the founding emperor of Ming Dynasty) became emperor he made Nanjing the capital of China; and one day while traveling with his friend, a Taoist monk, his friend pointed to Guangdong and told the emperor that Guangdong would be scourge of the Ming Dynasty if the emperor didn’t immediately build a tower to protect from the dragon that was soon to arise. The emperor sent a messenger to Guangdong to find out if there really was any danger, when he heard of a gas mountain he knew he had to build the red tower to hold in the dragon and protect Guangdong, and so Zhen Hai Building was built.

Zhen Hai Tower is Guangzhou’s most well preserved ancient tower/building. It measures 28 meters tall, and 31 meters wide, it has five floors to it. The first two floors are constructed using red sand stone, and from the 3 floor up uses normal rock but painted in red, the building uniqueness lies in its color, red bricks and green tiles, truly original! Zhen Hai Building is Guangzhou’s tallest ancient structure, and the view from the top is truly with a thousand words, nothing but the sea, and mountains. 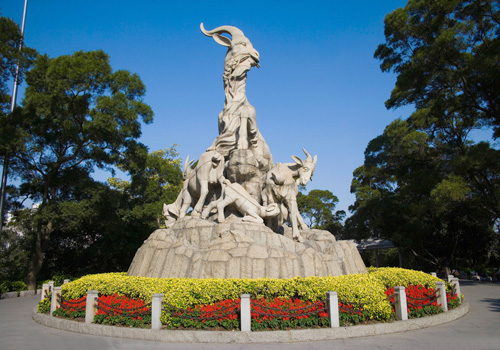 Guangdong has a beautiful legend as to how it became the land of fruit and honey that is today. It’s said that a long time ago Guangdong was desolate land with no life but human. The gods saw the humans’ misery and took pity on them. Five gods came on Five colored goats to the land, and in each goat’s mouth was a bag of rice, they put the rice to the ground and from then on the land was fertile, and wildlife rich. When the gods left the land the goats they road in on turned to stone. To commemorate the beginning Guangdong’s history inside this park is a statue 11 meters high of the five goats who gave their lives so that the land could give fruit. Each goat has a bag of rice in its mouth and each is staring off into the distance.

Zhongshan Monument is a statue built on top of Guanyin Mountain in memory of the great revolutionist Mr. Sun Yat-sen. The statue stands an impressive 37 meters high, and to get to this monument you have to climb up 498 levels. Engraved on the monument is Sun Zhongshan’s will, encouraging China to keep moving forward, to fight for freedom and equality. 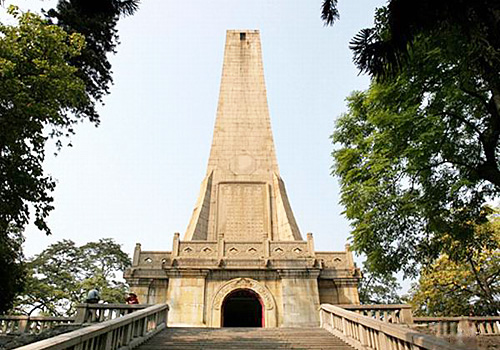 The park also has an art museum which was founded in 1930 and showcases master painters, and calligraphers’ works.

On top a mountain is a two-story octagonal shaped pavilion, named the Seamen’s Pavilion. It is to memorialize the Hong Kong workers’ strikes that occurred in 1922 to have higher wages and better working environments. It was a huge deal for the working class because it was the first time that they went up against the imperial country and won. So to remember this strike and its victory this pavilion was built.

On top of another mountain is another pavilion, Guang Fu Pavilion, which was built to remember the victory that the Guangzhou people won in the Anti-Japanese War.

There is a tomb in the park, its Shao Wu Jun’s burial mound. Because of this tomb Guangzhou was listed as a heritage conservation area. He and his 15 subordinates are buried here. In honesty, it’s only a stone and a grave but the significance of the tomb is what makes it worth visiting. Shao Wu Jun came to Guangzhou in 1646 to establish an imperial court; however his efforts bore no fruit. His court was destroyed 40 days later by the Qing Army. His remains and that of the others, along with tablet records of his life were discovered during construction in 1952, they then were moved to the park and listed as cultural relics. 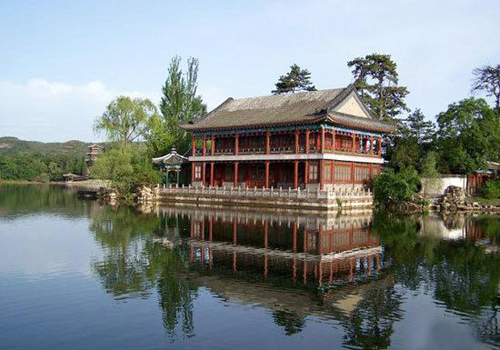 The ancient Qing Ting Archway, is another historical area in the park. “Qing Ting” is Guangzhou’s earliest known name, and was built during the first building of the five-floor tower-Zhen Hai Tower, however today it is an archway for a garden.

Half way up Yuexiu Mountain is a monument, 5.5 meters high, for Sun Zhong Shan. There is also a building; it is where Sun Zhong Shan and his wife Soong Ching-ling lived before until his subordinate Chen Jiongming betrayed he, and he and his wife had to flee from danger.

Also in the park is something that you don’t usually see a lot in parks- A giant water tank. The tank measures 16 meters high, and has a diameter of 13.3 meters. It is 60 meters above the ground and can hold 1095 cubic meters of water. It was in use from 1931 to 1999. Now it is a Guangzhou Landmark. Many tourists like to go and check it out and take pictures of this giant spherical water tank.