Read the following introductions for attractions in Dali. You will know the top attractions there and you can also get to know the city attractions by category. 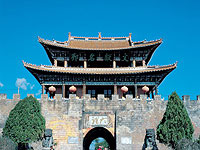 The Ancient City of Dali

Dali Ancient City was built in 1382, Mt.Cangshan is on the back of it and it is facing Erhai Lake. The distribution inside is of strict order and the whole city looks like a chessboard; all the paths are from the east to west or from north to south, houses of tile makes the city simple and unsophisticated. 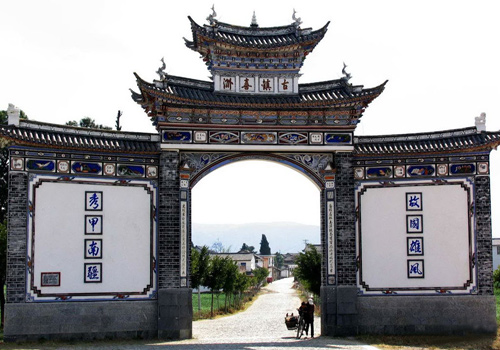 House of Bai People in Xizhou

33km from Xiaguan, the town of Xizhou is lyingby the side of Erhai Lake and Wanhua Brook. Historically, it was a military fortress of Nanzhao Kingdom and a temporary palace of the King. With favorable geographical situation, it used to be a commercial centre and the houses are of the typical Bai design. 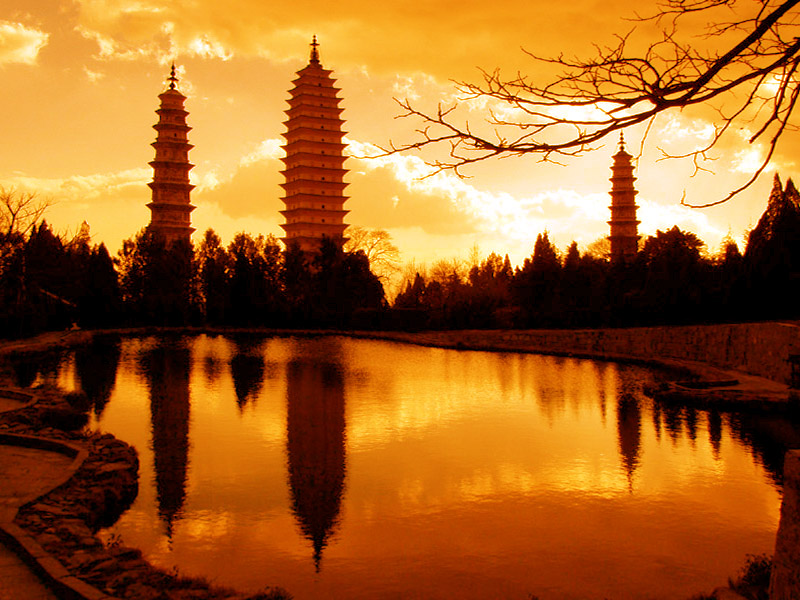 The Three Pagodas of Chongsheng Temple

Seated against Mt.Cangshan and facing Erhai Lake, the Three Pagodas gracefully and forcefully constitutes a situation of tripartite confrontation with a large pagoda in the middle and two small ones on each side. It is a famed place of interest, and a symbol of ancient history and culture of Yunnan Province. 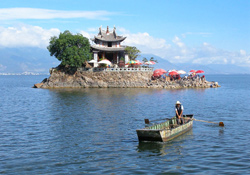 A graceful lake in plateau, Erhai Lake is the second largest freshwater lake in Yunnan and the seventh in China. It is considered a Mother Lake of local Bai Minority and cordially called as Gold Moon. Got its name from its ear-shape, it offers great charms as one of the Four Greatest Scenes of Dali. 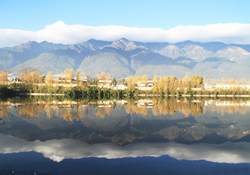 Consisting of 19 peaks which are all higher than 3500m, 7 of which than 4000m, Mt.Cangshan is splendidly and loftily offering a sharp contrast landscape with the graceful Erhai Lake. With peaks being circled by white snow all year around, the Mt. Cangshan Snow is the first of the Four Greatest Scenes of Dali.