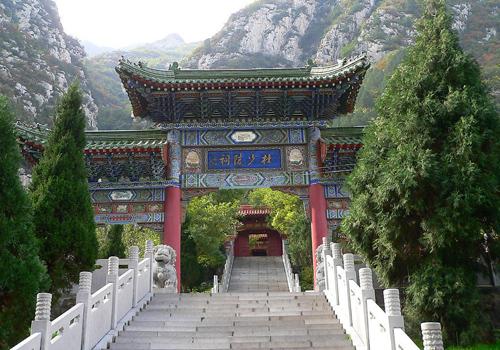 As the forth largest international airport around China, Chengdu Shuangliu International Airport has 65 domestic and international airlines in total. Most flights leaving for Lhasa are taking off from this airport, making it one of the busiest airports of China. Flights bound for Beijing, Shanghai, Guangzhou, Xi’an, Zhangjiajie, Hangzhou, Nanjing, Urumqi, Qingdao, Changdu, Xiamen, Guilin, Kunming, Haikou and other 70 cities in China are also available. In addition, travellers can fly to Hong Kong, Bangkok, Singapore, Tokyo and other eight international cities from Chengdu Shuangliu International Airport. In effect, those who decide to tour around Sichuan province can take airplanes between Chengdu and Dazhou, Xichang, and Kangding.

Shuttle bus - Since the airport is located twenty kilometers away from the downtown area, visitors after paying 8 yuan to 10 yuan can take a shuttle bus to the city centre. The bus runs every 15 minutes and covers an about 35-minute distance before stopping at Renmin South Road.

Taxi – it costs you about 40 yuan to arrive at Ximen Bus Staion or railway station from Chengdu Shuangliu International Airport.

Chengdu is the biggest bus hub in Southwest China, with national roads 108, 319 and other 6 ones crossing here. As for how many railway stations are there in Chengdu, the locals may be confused, so the best way for those who have been the city for the first time is asking for help.

Chengbei Tourist Bus Centre – located near the flyover of Wukuaishi (五块石立交桥). Buses are bound for the northern and eastern part of Sichuan province, Nanchong, Bazhong, Dazhou and other places.

Liangjiagang Bus Station – located on the First Ring Road (一环路). Travellers can get here by No. 27, 34 buses. Buses are bound for some cities of North Sichuan.

Wuguiqiao Bus Station – located next to Tazishan Park. Travellers can arrive here by No. 2, 4, 21, 37, 49, 58 buses. Buses are bound for Chongqing, Yibin, Zigong, Nanning, Guilin, Fuling and other places.

Xinnanmen Bus Station – located on the Xinnan Road (新南路). Taking No. 6, 28, 49, 55, 301 buses can reach the station. If you are decided to visit some famous scenic spots around Chengdu and within the province, you can take bus at the station.

Jinsha Bus Station – opposite to Southwest Finance University and next to Metro Supermarket, buses of the station can bring you to such counties as Wenjiang, Xinjin, Meishan and Longquan.

Chengdu is the first city in West China that has metros constructed. Up till now, Line 1 is in operation, stretching from Shengxian Lake to Shiji Town.

Electro-tricycle – you are not suggested taking this vehicle in that it runs counter to urban construction.

Bus – it is extremely convenient for travellers to take a bus in the city, especially at the scenic spots. Most buses are self-service ones and the ticket price is around 2 yuan in general. To some extent, it is cozy to be seated in the buses at off-peak hours.

Car - for those well-off travellers, an alternative to have a good time in Chengdu is to rent a car. As long as you have a driving license, ID card and credit card, you can rent a car. Prices hinge on the company, model and any other factors.