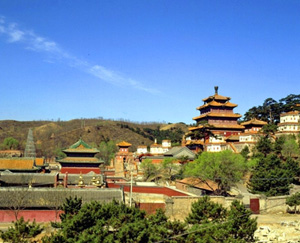 Day Trip to Chengde from Beijing

Early in the morning, your guide will pick you up from your hotel in Beijing at about 7:30am and then drive to to Chengde. At about 11:00am, you will get to Chengde.

After Chinese lunch, first you will visit the the Mountain Resort, which is situated in the northern part of Chengde. Also called the "Temporary Imperial Dwelling Palace", it was built by the Emperors Kangxi and Qianlong of the Qing Dynasty (1644 A.D-1911 A.D) for the sake of stabilizing the frontier region and maintaining the unity of multi - nationalities. The large resort is considered the most remarkable imperial garden still existing in today's China. The mountain resort possesses scenery featuring those of both north and south China. .