How to get along with those spices??

When I arrived in Guilin, I had close to no experience with spicy food. I just knew one thing: I did not like it a lot! And I was not prepared for mostly getting spicy food in Guilin.. And the spices here are a lot stronger than what I ever had eaten before. But as I did not want to be impolite, I tried everything and ate most of the dishes that were offered. In the end I usually had the feeling that my mouth was burning and could not taste anything anymore for some time. But I am getting used to it and after four weeks here I have to admit that I start to like it. :-) As a tip for tourists who get very spicy food by bad luck: Use the tea, put some in your cup and "wash" the fish, vegetables or meat in it before eating. This is accepted by Chinese people and allows you to get to know the good traditional food! :-) Yesterday my colleagues and I had Hot Pot, a dish where in the middle of the table a huge “pot” with some kind of broth is boiling. This broth can be from extermely spicy to very mild. Then you can order any kind of food (Vegetables, meat, fish, noodles etc) and put it in to cook it. Everyone can serve himself; it is similar to a fondue and very tasty! 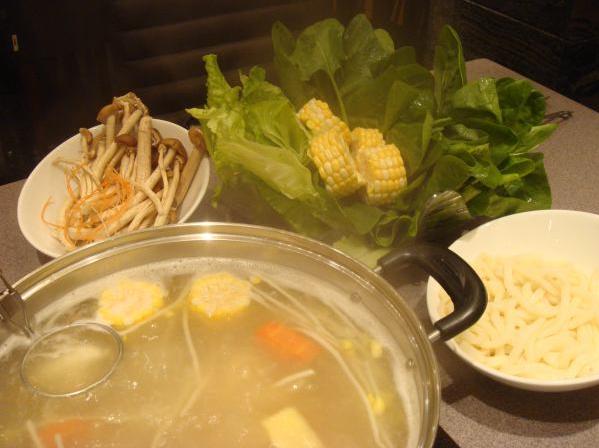 Lucily, since my arrival in Hong Kong my chopstick skills have increased a lot, so I don't have to leave the table still hungry or ashamed anymore. Try it, too, it is easier than you might think!

Previous Blog: A weekend in Yangshuo