Last week Sandy surprised me with an invitation for a farewell trip with all of my colleagues; I was very surprised and touched of.
I and my German friend Lena, who came over from Guangzhou for the weekend, met them in front of the office building on Sunday morning. They had organized two busses to drive us to Crown Cave which is located approximately 30km away from Guilin.
Crown Cave is a giant subterranean river cavern next to Li River. Taking the shape of a gold crown of an ancient emperor, the cave is 12 km long and consists of three parts. It is famous for the fantastic formations of stalactites and stalagmites which are seaming the underground stream. This is flowing into the Li River finally. The cave has been set with modern sightseeing facilities, including an elevator, small train, yachts and roller coaster.
When we arrived at the scenic spot we lined up with lots of other tourists to take a roller coaster into the cave. It was a five to ten minutes ride through beautiful rice fields, passing the picturesque karst landscape and the Li River.
Finally we arrived in the cave. Already the entrance hall was stunning. The ceiling was extremely high and water was dropping down any now and then. The whole group of us was then led through dark gangways, passing along the stream and already some small stalactites. Finally we arrived at some steep stairs, leading down to the stream. There, two boats were waiting for us. We were gliding on the water in the dark. Each seat was equipped with a torch, so everyone could lighten up the direction he was interested in. In this cave with stalactites and stalagmites this led to a very special atmosphere. After ten minutes we had to disembark and found ourselves in another huge hall. Huge bats were hanging at the ceiling and the stalactites arose more than 15meters from the bottom. As a memory of this special trip we took some pictures there. 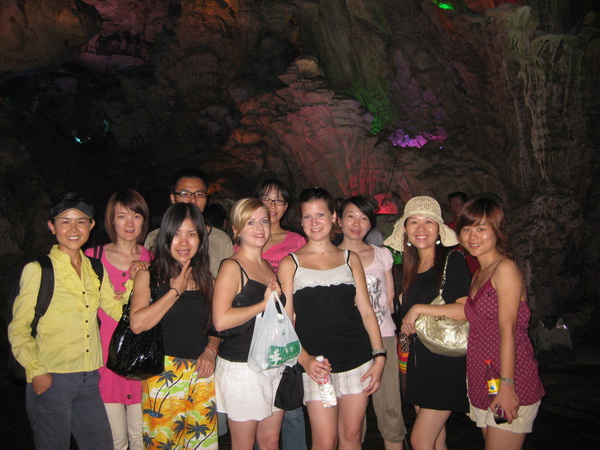 Then we took a small train leading through more gangways until we arrived at the elevators. There we once drove up to the ceiling of the hall and down again. 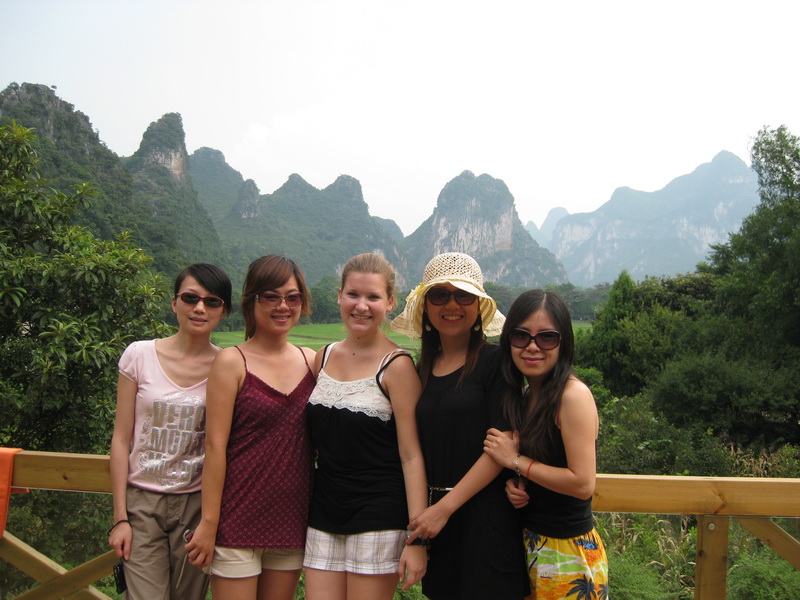 Finally we found ourselves in line with other travelers waiting for the roller coaster to get back to our busses.
We continued to drive up the hills and had a late lunch at Crown Cave Resort, a very peaceful and nice place!
I enjoyed this whole trip a lot and am very thankful for this surprise! It was a pleasure to work with you!