Yesterday I went to Longsheng with two German friends, Basti and Fabian, and Basti’s parents to see the Longji Rice Terraces. They are located approximately 27 kilometers southeast of Longsheng County, a vast region of rice terraces and are the most amazing terraces in China. The construction began 700 years ago during Yuan Dynasty (1271-1368), and continued until the early Qing Dynasty (1644-1911). The Longji Rice Terraces are the culmination of both the profound wisdom and strenuous labor of the Zhuang people and cover an area of 66 square kilometers.
Basti had organized a private car which picked us up at 8am. The weather was cloudy and not extremely warm. The driver left Guilin city and drove northwards to Longsheng County. After one hour the driver drove into the mountains and the street became very curvy. Suddenly mist surrounded us and it was impossible to see more than 20m far. We reached the entrance to Longji Rice terraces at approximately 10.30am. The entrance fee per person was 50RMB. From the very first moment we felt like being demoted in time. At the side of the street women of Zhuang and Yao nationality were selling souvenirs. 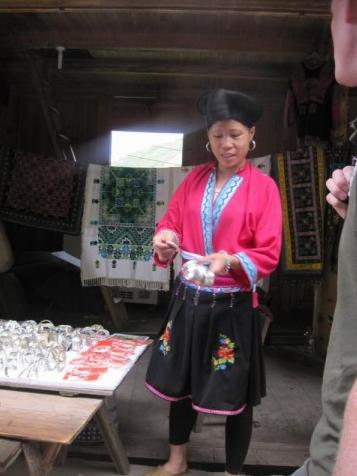 They are famous for their very long black hair which they wear like crowns. They cut it maximum once in their lifetimes and only wash them with rice water. The street was paved but bumpy and the air was a little misty. 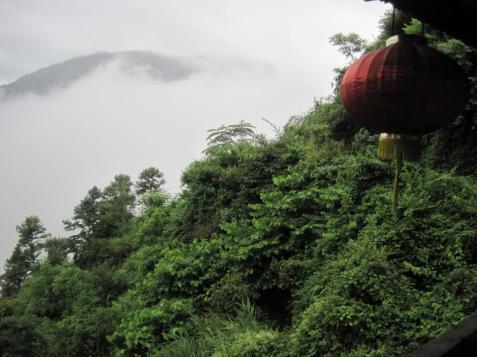 The path led us to a Wind and Rain bridge and the stairs curled up the hills. Finally we walked through Longji village, where houses had been build into the mountains. We already had a great view on the valley beneath us and hundreds of rice fields on the mountains. 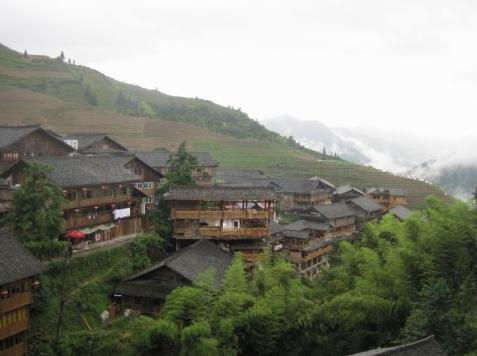 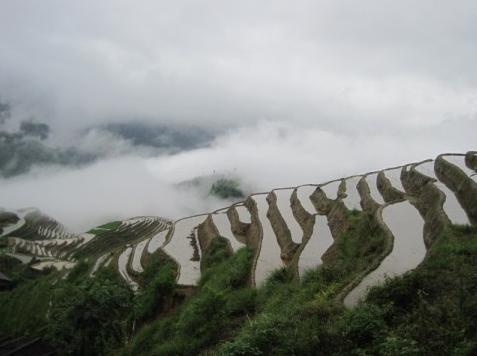 The clouds between the mountains led to a very beautiful view. We continued climbing up to the first look-out point. All of us were deeply impressed by the beauty of the landscape stretching out in front of us. The terraces were peacefully and perfectly built into the mountains and the valley was full of silence. 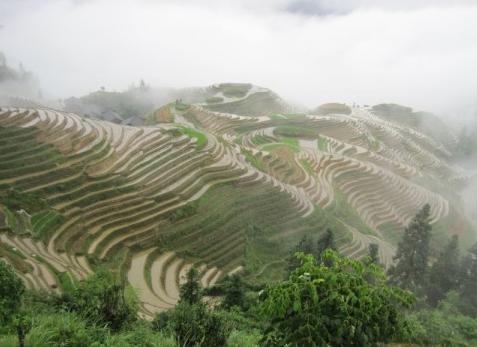 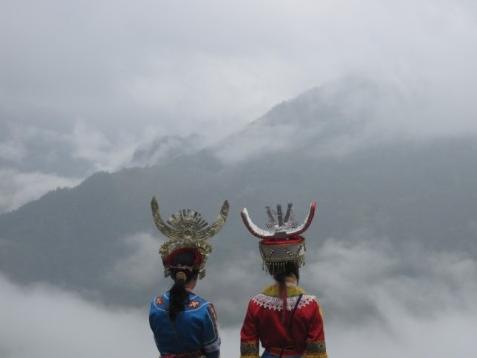 We continued climbing up the stairs, stopping at several sales stalls of local women. Finally we reached the highest view point. Unfortunately in this moment the peak was surrounded by clouds and we could not see anything. We decided to have a beer and licorice from the Netherlands (Basti’s parents had brought it for us) while chatting a little while. After we had finished the beer, the view was clear again and we were amazed by the picturesque view which arose in front of us. Even if the climb had been tiring and straining, it was definitely worth it! 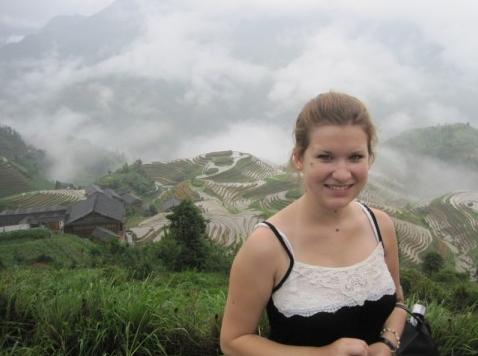 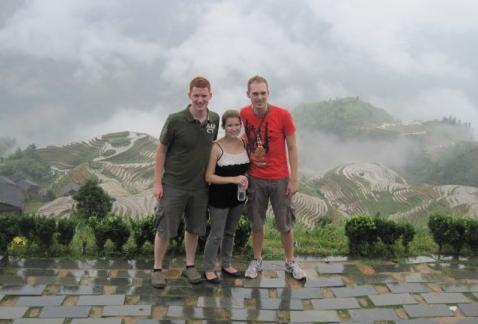 We descended again and made a stop in the village, where we had our lunch in a restaurant. We ordered chicken in a bamboo steamer and a local specialty: rice which had been steamed in bamboo with some vegetables. 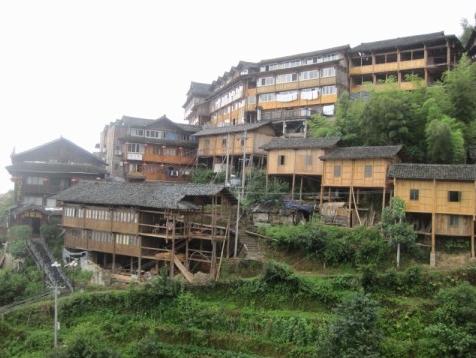 We continued to walk down through the village, stopping at several sales stalls to bargain with the women and buy some souvenirs.
At 3pm we left the Longji Rice Terraces and took our car back to Guilin! I have to say that I did not expect them to be as amazing as they have been and definitely recommend visiting them when you come to Guilin! 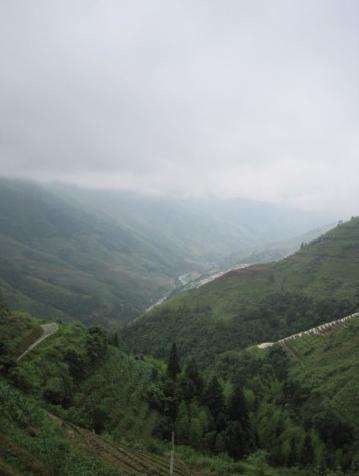 Previous Blog: My Birthday in China

Next Blog: Family Reunion in Shanghai (Part I)