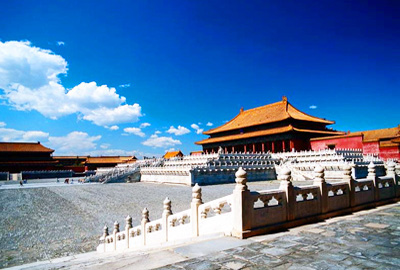 In the early morning, be met at the airport and begin today's tour with a visit the Temple of Heaven, which was completed in 1420, and expanded over the years by two Qing Dynasty Emperors. It was the place where the Emperor came every winter solstice to worship heaven and to solemnly pray for a good harvest. With the three blue-tiled cone-shaped roofs, a unique wooden and blue-tiled structure built without a nail, it has become a worldwide symbol of Beijing.

Then we will pay a visit to Tiananmen Square, the symbolical heart of China and gathering place for the masses. It is the biggest public square in the world, which can hold one million people.

After lunch, we will go on our city tour to visit from the Tiananmen Square, we will walk across the Golden River Bridge to visit the Forbidden City and experience the ancient Emperor's daily life. For 5 centuries Chinese emperors carried out their administration here. With almost 10,000 rooms, it was the centre of the Ming and Qing dynasties, a massive complex of palaces, pavilions, courtyards and gardens where 24 emperors used to live. Forbidden City was the largest palace in the world, and in the past it was indeed a forbidden place for commoners. Your tour here will include private access to the Emperor's palace.

After a full day visit to these 4 highlight spots, you will enjoy the world famous Beijing roast duck dinner at local restaurant, surely your tiredness will be driven away after this delicious Chinese cuisine. 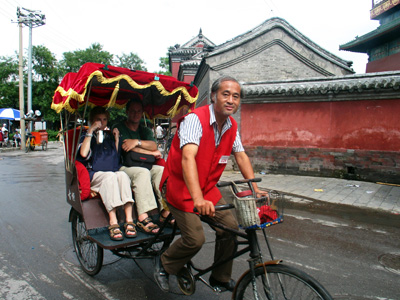 After experiencing the royal lifestyle, today we will be transferred to the surrounding countryside of Beijing and visit the Mutianyu Great Wall, the pride of China and one of the Seven Wonders of the World. Whereas Genghis Khan contemplated it as a military obstacle, Bill Clinton described it as an unbelievable achievement of the humankind.

After dinner, you will enjoy the Kung fu show at the Beijing red theater. The show is called the Legend of Kung fu, it tells the story of a young boy, Chun Yi (the pure one), who in order to pursue spiritual and physical harmony, is apprenticed as a monk to learn Kung Fu. Along the way he overcomes obstacles, is distracted and tempted, but ultimately achieves the designation of master who will enlighten the younger generations.

Later, you will be transferred to your hotel.