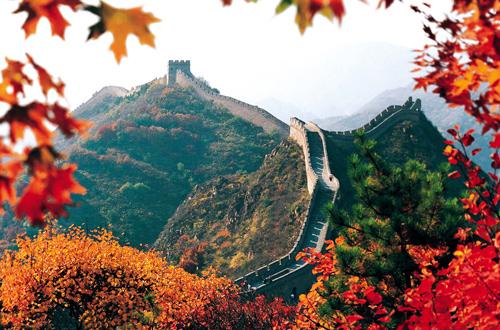 Beijing, as the capital of People’s Republic of China, has the typical warm temperate and semi-humid continental monsoon climate. That is to say, in summer, temperature is high and rainfall is sufficient, while in winter, it is frigid and dry. By comparison, spring and autumn do not last long.  Take the year of 2007 for instance. The average annual temperature was 14.0℃, with January -7 to -4℃, July 25 to 26℃. The lowest temperature reached -27.4℃, while the highest temperature over 42℃. With respect to the annual precipitation, it was 483.9 millimetres. Actually, Rainfall is not evenly distributed in the four seasons, with summer from June to August seeing eighty percent of rain. If you are to visit Beijing in July or August, you are advised to bring your raincoats and umbrellas.