The Yihong Hall Royal Wharf is situated near the Gaoliang River. This wharf seems common but in fact was the starting wharf from which Empress Dowager Cixi's boat sailed to the Summer Palace. 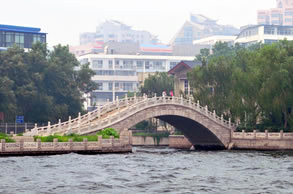