As a part of the Beijing water system, the Waterway of Empress Dowager Cixi is a considered as an archaic but modern tourist attraction. The reason why it is said to be archaic is that this river had opened up navigation since the Yuan Dynasty and continued to be used in the Ming and Qing Dynasties, amounting to more than 700 years in total. The construction of Waterway of Empress Dowager Cixi began in the years of Emperor Qianlong and flourish in the years of Emperor Guangxv. During this period of more than 200 years, Empress Dowager Cixi and 6 emperors of Qing Dynasty, including Emperor Qianlong, Emperor Jiaqing, Emperor Daoguang, Emperor Xianfeng and Emperor Guangxv, had ever excursed this waterway. 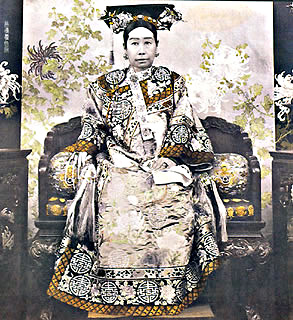 What to see along the Waterway? 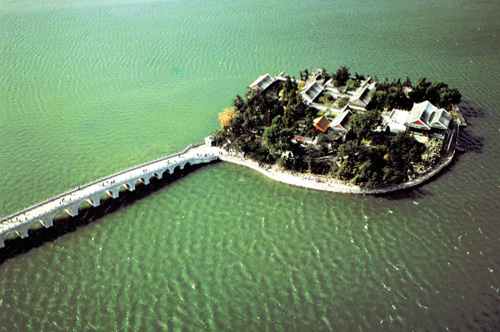 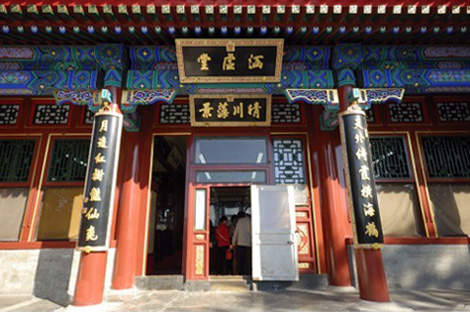 Four Delights from the Waterway

Delight of Boat: Cruising the Waterway by dragon boat, painted pleasure boat or Imperial boat of Empress Dowager Cixi, people can have a superb panorama of the lakes and the mountains.

Delight of Bridge: Appreciate the Six bridges of the West Dyke and the Xiuyi Bridge.

Delight of Water: The Highlights are the four waters and the three holy lands.

Delight of Scenery: Going through the pavilions, terraces and towers that stand among the Waterway, people will have a very dreamlike experience during the trip, just like the description in some ancient Chinese poems: It seems that the boat goes forward on the cloud and people position in an amazing picture and are surrounded by landscapes.